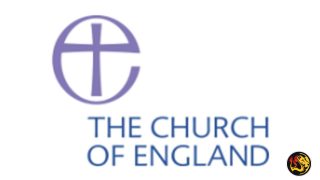 (Worthy News) – The Church of England has published draft prayers for God’s blessing for same-sex couples, the denomination said in a press release last week. The move follows the Church of England’s recently announced plans to continue the prohibition of marriage ceremonies in church but to allow clergy to bless homosexual civil partnerships in church on a voluntary basis.

The prayers will be available for use by Church of England clergy at their voluntary discretion. “There are prayers of thanksgiving and dedication and a prayer for God’s blessing as well as prayers for use with specific elements of a service, such as a Prayer when Rings are Worn and Prayers at the lighting of a candle,” the press statement reads.

In its press release, the Church of England also stated that pursuant to the Living in Love and Faith report; the Bishops published an open letter of apology to the LGBTQI+ community. “We want to apologize for the ways in which the Church of England has treated LGBTQI+ people – both those who worship in our churches and those who do not,” the bishops write. “We have not loved you as God loves you, and that is profoundly wrong. We affirm, publicly and unequivocally, that LGBTQI+ people are welcome and valued: we are all children of God.”

Fair Use Notice:This site contains copyrighted material the use of which has not always been specifically authorized by the copyright owner. We are making such material available in our efforts to advance understanding of environmental, political, human rights, economic, democracy, scientific, and social justice issues, etc. We believe this constitutes a ‘fair use’ of any such copyrighted material as provided for in section 107 of the US Copyright Law. In accordance with Title 17 U.S.C. Section 107, the material on this site is distributed without profit to those who have expressed a prior interest in receiving the included information for research and educational purposes. For more information go to: http://www.law.cornell.edu/uscode/17/107.shtml. If you wish to use copyrighted material from this site for purposes of your own that go beyond ‘fair use’, you must obtain permission from the copyright owner.