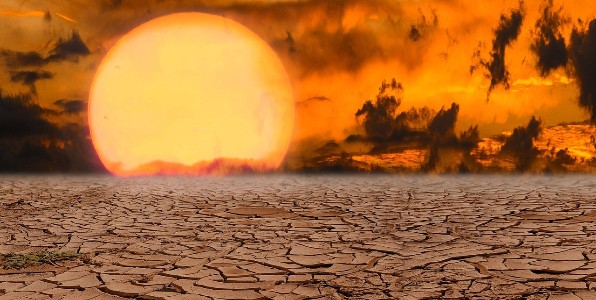 The data suggest it’s more complicated. Hurricanes are actually slightly less frequent today than they were a century ago. The average number of wildfires  has not increased over the last thirty years and, over the past century, the total number of  acres burned is far lower.

It may be hard to believe, but hurricanes hit the east coast even before Thomas Edison opened his Pearl Street Generating Station in the financial district in 1882. For example, the Coastal Hurricane of 1749 was estimated to have been one of the strongest hurricanes to hit the eastern seaboard.[1] Twin hurricanes hit North Carolina in August 1795. And the New England Hurricane of 1815 devastated Providence, Rhode Island.

It’s true that damages caused by hurricanes and wildfires have increased. But the reasons are far from conclusive, and likely have far more to do with bureaucracy than with climate change. Regardless, the rhetoric from our political class should be exposed for what it is: a thin attempt to shift blame away from their own bureaucratic failures.

Damages from hurricanes have increased because of far more development along the Gulf and east coasts. Furthermore, the federal government has subsidized flood insurance in these same areas and continues to do so. Not only have those subsidies encouraged coastal development, but also they provide an economic incentive for individuals, and state and local governments, to skimp on building more flood-resistant facilities. Vulnerable infrastructure—and more of it—will naturally yield greater infrastructural damage.

Similarly, damages from wildfires, especially in California, have resulted from a toxic combination of federal and state fire suppression policies, environmentalists’ demands that have prohibited removal of dead and diseased trees, restrictions on grazing that would remove dry grasses and, especially, poorly maintained power lines. Pacific Gas & Electric Company, for example, pleaded guilty to 85 counts of manslaughter because it failed to maintain power line equipment that caused the 2018 Camp Fire. To make matters worse, California’s restrictive development policies have forced homeowners to move farther away from cities and into mountainous areas where fire risk is greatest. Climate change isn’t responsible for those policies.

Seven years later, in 2019, the City Council criticized the lack of preparation for the next storm because those preparations were mired in red tape and bureaucratic squabbling. [2] One notable project, for example, the $1.5 billion East Side Coastal Resiliency project, finally started earlier this year. It won’t be finished until at least 2026. Most of the other recommendations haven’t been implemented, either.

Climate change didn’t cause those delays.

In light of Hurricane Ida, expect more commissions, more studies, and more petty squabbling.  Politicians will promise greater resilience. “Next time,” they will claim, “we will be better prepared.”

Part of that “preparation” includes more stringent mandates for green energy. But even if New York was powered solely by green energy tomorrow, it wouldn’t eliminate bureaucratic delays.

Instead, it would inflict its own damage on New York’s beleaguered economy, with higher costs and more blackouts. Last month, for example, the New York State Reliability Council, which is tasked with preserving the reliability of the state’s electric power grid, issued a report regarding how to maintain that reliability while meeting the green energy and electrification mandates of former Governor Cuomo’s Climate Leadership and Community Protection Act.[3]

The Council concluded that, because of the inherent intermittency of wind and solar power, meeting those mandates will require “substantial clean energy and dispatchable resources, some with yet to be developed technology …” The Council estimated that, by 2040, New York will need 50,000 megawatts of generating capacity just in reserve – more than the state’s entire generating capacity today – and require generating technologies that don’t even exist.

Americans like to think they elect leaders who diligently prepare for the future. But if the preparation requires unknown technologies, and if concrete plans for resilience are going unfulfilled now, one man’s forward-thinking rhetoric can look an awful lot like another’s finger-pointing to eschew blame. It would be nice to think politicians would avoid using buzzwords and broad concepts to mask their own deficiencies. But the facts of bad incentives and poor planning are undeniable. When the lights go out, we can expect more of the same excuses.

Jonathan Lesser is the president of Continental Economics and an Adjunct Fellow with the Manhattan Institute.

The post Climate change gets the blame for simple bureaucratic failures appeared first on WND.