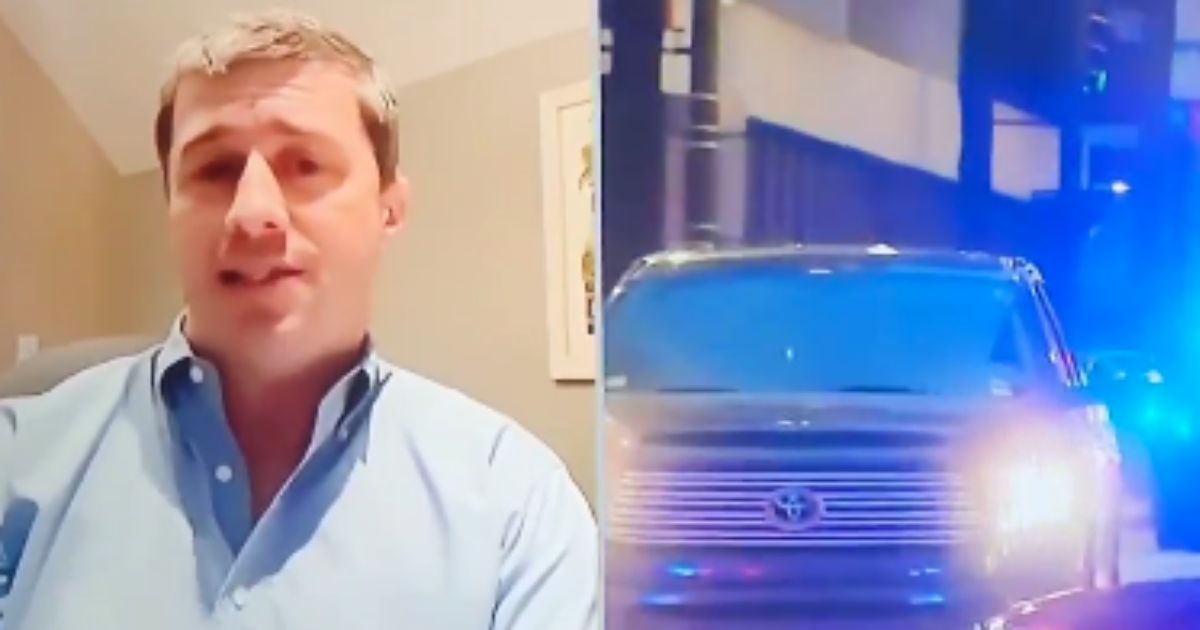 Stop me if you’ve heard this one before: a CNN segment went awry after a pundit claimed that the very thing you, the viewer are watching, is not actually so bad — all in the name of being nice to riotous looters and criminals.

Yes, the same CNN that once called the Kenosha riots “mostly peaceful,” apparently felt compelled to produce the sequel segment to the Kenosha foible.

This time around, however, CNN didn’t let one of their own hang out to dry for such a blatantly false narrative.

No, this time, CNN brought in freelance journalist David Peisner to discuss the Atlanta riots stemming from the ongoing “Cop City” protests that have rocked the city.

After one of the protesters was killed by a police officer, a “Night of Rage” was planned in Atlanta.

To say that the riots in Atlanta were eerily similar to the riotous response to George Floyd’s death would be an understatement. It’s only fitting that CNN would cover it in a similar way.

Here’s that segment with Peisner lecturing anyone who would dare malign the people engaging in illegal activity and property destruction:

CNN’s interviews a freelance journalist who says the words violent shouldn’t be used to describe the rioting in Atlanta. pic.twitter.com/u2TbfghSEb

Is Antifa a terrorist organization?

“This is a small group,” Peisner said, explaining away the rioters as a small splinter cell of the “Defend the Forest” eco-group. “Also within this ‘Defend the Forest’ movement, there are no leaders, so people go off and do their own thing. That doesn’t make them justifiable but…”

That’s when Piesner went from gratingly patronizing to outright obnoxious with the way he complained about the use of the word “violent.”

Look at the imagery that was being played, almost hilariously, in a side-by-side with Peisner.

In what almost feels like a cruel joke by a video intern, CNN footage pretty much directly contradicts Peisner’s characterization of these protests. Cars were badly damaged and/or on fire, police were escorting protesters out (peacefully I might add, again calling into question Peisner’s characterization of the riots), and you could see flyers strewn that clearly read “STOP POLICE TERROR!” from the Party for Socialism and Liberation.

To be completely fair to Peisner, perhaps the segments of the riots he personally witnessed were relatively peaceful. But to extrapolate an entire riot based on that? Does the term “small sample size” mean anything to you?

This does appear to be a common refrain among the left when it comes to the way in which these protests are covered.

First, the whole concept that “property can be replaced, people can’t” could not be any more of a straw man without being a full-fledged scarecrow. Do you think some South Korean immigrant who owns and operates a small convenience store gives a damn about that warm and fuzzy thought when her whole life’s work has been burned to the ground?

Second, and more frustratingly, we’ve literally seen the left and the establishment cover riot-like incidents with the breathtaking horror it typically deserves — but only if it can be used as a shoddy excuse to politically attack former President Donald Trump.

It’s the hypocrisy that might be the most galling part of this all.

Protest against far-left politicians? You should be hanged, the media will say.

Protest against some nebulous force, like “systemic racism”? Let’s all just take a breath and look at this objectively.

It is truly pathetic.