CNN+ To Shut Down One Month After Launch

Following a string of reports about underwhelming subscriber numbers, Discovery has reportedly decided to shut down CNN+, CNN’s ill-fated streaming service, one month after its launch. 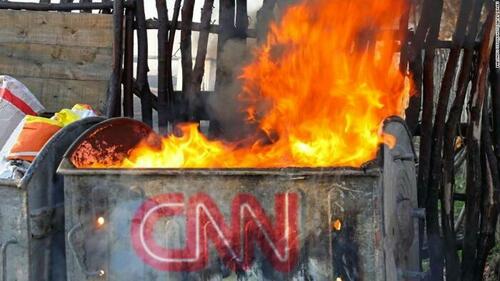 Given all the carnage in the streaming space lately, it looks like Discovery and Warner Brothers have decided to cut their losses.

According to reports from Variety and the New York Times, the service will cease operation on April 30.

Chris Licht, the incoming CEO of CNN, sent a memo to staffers Thursday morning about “an important meeting” to be held at noon, and is at that time expected to inform staffer about the decision, these people said. Licht has already told Andrew Morse, the CNN executive vice president who oversees the newly-launched streaming-video outlet, of the decision, these people said. Morse could not be reached for immediate comment.

As we reported earlier this month, CNN+’s dramatic failure to launch comes after it lured talent such as Chris Wallace from Fox News and Kasie Hunt from NBC News. There had been reports about ‘big cuts’ that were in store for the streaming service due to the low adoption rate. The news giant was initially planning to invest around $1 billion in the service over the next four years.

As the NYT explained, CNN+’s fortunes changed abruptly after its former parent, WarnerMedia (owner of HBO and the storied Warner Bros. film studio) finished its merger with Discovery. Since the merger closed earlier this month, doubts have circulated about the future of CNN+, which had previously been touted as the future of CNN.

While CNN executives initially defended the streaming service from reports about lackluster subscription numbers, we don’t see anybody speaking up now.

For the record, we are VERY happy with the launch of CNN+ and are only bracing for a long run of success.

For now, the newly combined Warner Brothers Discovery will move CNN+ content to HBO Max. Instead of the plans to spend lavishly on CNN+, the new company must now find ways to pay down $55 billion in corporate debt.

They want to kill HBO too?

Even CNN is confirming the news now (some might call it the most honest news to come out of CNN’s newsroom in a decade).

Breaking: CNN+, the streaming service that was hyped as one of the most signifiant developments in the history of CNN, will shut down on April 30, just one month after it launched. Here’s our initial story – more to come https://t.co/JElI3cVyDF

Of course, CNN+ shutting down isn’t happening in isolation: it’s almost like today is some kind of reckoning for corporate media:

Is today some kind of corporate media day of reckoning?

I mean I always believed in some form of Karama but WOW this all just happened!

The quick shutdown and failure will almost certainly elicit comparisons to Quibi, the mobile-only streaming service launched by Meg Whitman and Jeffrey Katzenberg that shut down after just a few months after squandering some $2 billion.