The US Coast Guard seized 28,500 pounds of cocaine and marijuana after intercepting a drug smuggling boat in the international waters of the Caribbean Sea and the Eastern Pacific Ocean.

Approximately 24,700 pounds of cocaine and 3,892 pounds of Marijuana, worth an estimated $475 million, was offloaded on Thursday at Base Miami Beach, Florida, according to a news release. The Coast Guard’s Legare crew executed the seizure along with Coast Guard Cutter James, the US Navy’s USS Billings, and His Netherlands Majesty’s Ship HNLMS Groningen. 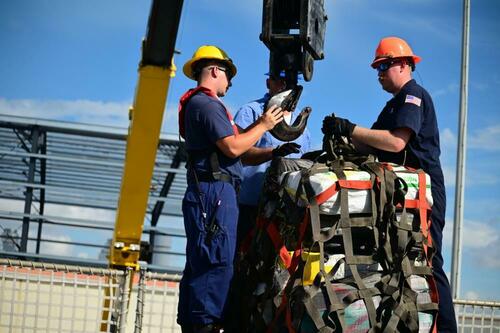 The Legare is a 270-foot medium endurance cutter that typically conducts search & rescue, law enforcement and homeland security operations. Stationed in Portsmouth, VA, the vessel patrols a territory including the coastline from Maine to Florida, the Caribbean, the Eastern Pacific and the Gulf of Mexico. 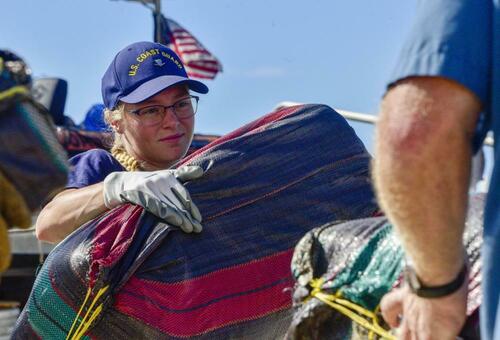 “Through the coordinated efforts of the Legare, the LEDETs, HNLMS Groningen, CGC James, and the USS Billings crews, we significantly contributed to the counter-drug mission and the dismantling of transnational criminal organizations. The drugs seized through this coordinated effort will result in significantly fewer drug-related overdoses,” said Legare commanding officer Jeremy M. Greenwood. 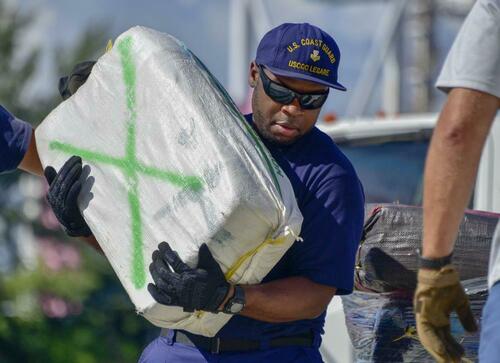 The operation comes as Florida reports over 8,000 overdose deaths in 2021, including 2,000 involving the use of cocaine. Nationwide, over 932,000 people have died of drug overdoses since 1999, according to the CDC.

“Biden’s border crisis has caused a massive infusion of drugs coming into our state,” said Florida Gov. Ron DeSantis (R) in an Aug. 3 statement. “This year we increased the penalties for individuals trafficking drugs in our state, and now we are giving Floridians the tools they need to break the substance abuse cycle.”