Commercial real estate may be on the brink, but nobody is ready to panic just yet.

The aftershocks of the idea of a coming recession continue to make their way through every industry. We have reported about numerous companies – including Netflix, Tesla, Wells Fargo, Cameo, Pelton and many more – who have all already implemented layoffs as a result of the slow economic climate.

Last week, Bisnow pooled together several people in the industry to try and take stock of whether or not the sector could wind up bouncing back. As the report notes, the FTSE Nereit All REITs index has plunged more than 21% since the beginning of the year. Industrial REITs are down 27.7%, mall owning REITs are down 37.7% and office REITs have fallen about 30%, on average, the report notes.

Well known names like Vornado are down 36% year to date, and Prologis is down more than 31.5% in 2022 alone, the report continues.

Josh Mogin, partner and real estate finance attorney with Thompson Coburn’s Los Angeles office told Bisnow: “I hear from my real estate clients that they’re having meetings about their strategy going forward. How do we keep doing what we’re doing?’ they ask. There’s a lot of uncertainty, but so far nobody’s panicking.”

William Colgan, partner at CHA Partners, commented: “As we enter into a rising time of uncertainty — inflation, increasing interest rates, and more — it’s more difficult for deals to pencil out with the inherent risks that need to be underwritten.” 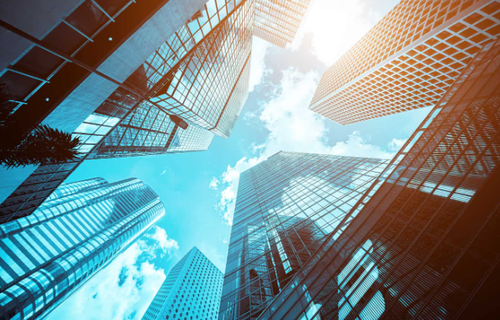 He continued: “It takes time to adjust to the increased development costs or increased financing costs. Sellers are still trying to get the same return they were able to previously, but buyers need to underwrite the increased costs in deals and the greater market uncertainty.”

Destination Wealth Management CEO Michael Yoshikami said on CNBC last week: “The housing market in the U.S. is really locked up with mortgage rates close to 6% right now, and I think it’s a virtual certainty that we’re going to go into recession next quarter.”

The study found that rent was up more than 17% last year and occupancies grew 2.5% above the historical average of 95%.

“At the end of the day, we’re still in a massive housing shortage in this country, and there is still generally more money than there is product,” Thomas Coburn’s Mogin concluded, telling Bisnow.