An advisory board for Facebook, the social media behemoth that arbitrarily banned President Trump from its site a few months ago after the Jan. 6 violence erupted at the U.S. Capitol, has affirmed that decision, and in doing so, revealed publicly the company’s lack of standards, according to a constitutional expert.

Turley noted, “The company cited the response to Trump’s speech by third parties as opposed to a specific call by Trump to commit violence. It does not take the same position when similar words are used by figures like Rep. Maxine Water, D-Ca., during protests. The board worries that the permanent ban is not grounded in a state policy and that such limitless authority should concern everyone. Indeed it does. Just as we are concerned by the limitless authority imposed on suspensions.”

However, the board’s affirmation of the company’s previous decision was no surprise, he said, relating a old story to explain what happened.

“There is precedent. One of my favorite trial accounts is from Ireland where an Irishman was accused by an Englishman of stealing a pair of boots. The guilt of the defendant was absolutely clear but the Irish jury could not get itself to rule for the Englishman. Instead, it acquitted the Irishman but added a line, ‘We do believe O’Brien should give the Englishman back his boots.’ Case closed,” he said.

In the Facebook dispute, he noted, “Facebook’s Oversight Board just voted that the company may want to give Trump back his boots.”

The issue has risen to the level of constitutional arguments in recent months, especially as legacy media and online social media entities launched a campaign to obstruct conservative comment and thought, allowing the expression of liberal and progressive concepts only.

The inequities of the companies’ treatment of conservatives has raised questions about the First Amendment, but that applies only to governments. And some suggest now, monopoly companies.

Those social media companies are protected from “liability” for what appears on their site by a congressional provision that also requires them to be editorially neutral. Yet those companies openly boast of their editorial control over content.

“Facebook, Twitter, and other companies now openly engage in what they like to euphemistically call ‘content modification,'” Turley wrote. “The decision reflects the convoluted logic of censor’s free speech review board. The company – and the board – start from the assumption that it can and should censor views deemed ‘misinformation’ or dangerous. The starting position therefore is that censorship is justified and that content neutrality is dangerous.”

The company’s defense of its censorship is “self-contradictory,” he said.

But what he found most alarming “is that Facebook, Twitter, and other companies have been defended by Democratic leaders, writers, and academics. Indeed, the Atlantic published an article by Harvard Law School professor Jack Goldsmith and University of Arizona law professor Andrew Keane Woods calling for Chinese style censorship of the internet. They declared that ‘in the great debate of the past two decades about freedom versus control of the network, China was largely right and the United States was largely wrong’ and ‘significant monitoring and speech control are inevitable components of a mature and flourishing internet.'”

In fact, Democrat leaders in Congress consistently have pressed Big Tech for more censorship, he noted.

And he said, “Private companies can still destroy free speech through private censorship. This is particularly the case with companies who not only run platforms for communications but received immunity from lawsuit[s] under the view that they would be neutral providers of such platforms.

“Imagine if your telephone company took it upon itself to intervene in phone calls to object to something you just said or ban you from further calls for spreading misinformation. Some of us believe free speech is a human right that is defined by values beyond the confines of the First Amendment,” he said.

He warned, “This is … about Facebook and its censorship program. Many of us are not impressed by Facebook’s effort to work out its censorship standards because it is based on a premise of censorship. The internet was once the greatest creation for free speech in history. It is now being converted into a managed space for corporate approved viewpoints.”

President Trump, meanwhile, has created a separate platform on which he can make statements, and the alarm over media censorship is rising.

That follows the 2020 election, during which social media specifically shut down a story from the New York Post about Joe Biden, and a poll showed that suppression of information could have changed the outcome of the election.

The results showed that more than one-third of voters who chose Biden were not aware of the evidence linking the former vice president to corrupt financial dealings with China through his son Hunter.

Had they known, according to the survey commissioned bv the Media Research Center, President Trump would have won at least 289 Electoral College votes.

The survey found that 13% voters of the voters who said they were unaware of the scandals would not have voted for Biden had they been made aware.

That amounted to 4.6% of Biden’s total votes.

An MRC study finds that 4.6% of Joe Biden voters would NOT have voted for him had they known about the Biden family’s corrupt business dealings. https://t.co/X8NCCHVKui

The media and Big Tech STOLE the election by covering up the Biden family corruption scandal!

Now we know this information could have changed the election outcome. We must hold them accountable! https://t.co/j5F3jKm7mL

“It is an indisputable fact that the media stole the election. The American electorate was intentionally kept in the dark,” said MRC President Brent Bozell. “During the height of the scandal surrounding Hunter Biden’s foreign dealings, the media and the big tech companies did everything in their power to cover it up. Twitter and Facebook limited sharing of the New York Post’s reports, and the liberal media omitted it from their coverage or dismissed it as Russian disinformation.”

He said the media and Silicon Valley “were fully aware of this, so they actively tried to prevent it from reaching the American public.” The reporting on that scandal so far has proved accurate, and Hunter Biden himself since admitted he’s under federal investigation over his taxes. 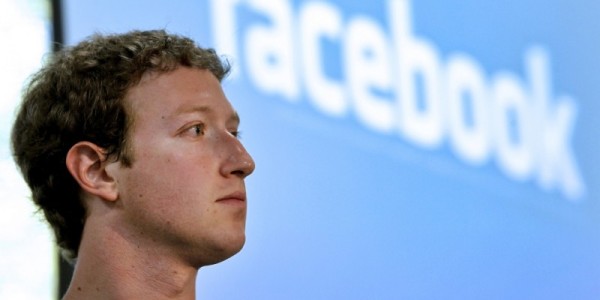