COUNTRY star Luke Bell’s cause of death has finally been revealed in a heartbreaking autopsy.

The U.S. Sun can exclusively reveal from the star’s autopsy report that he died of an accidental fentanyl overdose.

The report read: “This initially unidentified, 32-year-old man was reportedly found unresponsive by a passerby in a shaded area of a parking structure.

“Drug paraphernalia was found at the scene.”

According to the toxicology report obtained by The U.S. Sun, Luke had a blood alcohol concentration of 0.076 in his system at the time of his death. 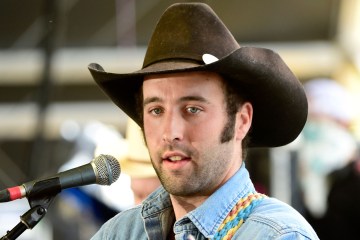 The Tuscon Police Department previously confirmed to The U.S. Sun that Luke was found dead in Tuscon, Arizona.

Saving Country Music claimed he was reported missing days prior on August 20 and was found dead on August 29.

Loved ones have sent their condolences, as band Mike and the Moonpies wrote in a Facebook tribute at the time: “Word just came down on the passing of Luke Bell and we’re heartbroken over the news. I can vividly remember the first time I met Luke at Hole in the Wall over a decade ago, down to the clothes on his back.

“The man (and his music) left an impression. He was a real deal traveling troubadour out there on that lost highway. Do yourself a favor and put on some Luke Bell tunes tonight in his memory. Rest In Peace, friend.”

Luke Bell was a country musician from Cody, Wyoming.

After dropping out of the University of Wyoming, he moved to Austin, Texas, to pursue a career in country music.

He later made his way to Nashville and signed a record deal with Thirty Tigers in 2016, according to The Boot.

Shortly after he signed the contract, he released his self-titled album and went on to work with the likes of Alabama Shakes, Margo Price, and Langhorne Slim.