Authored by Peter Tchir via AcademySecurities.com,

Virtually everything that I see as a leading indicator, points to economic issues down the road – I have been in the ‘recession this year’ camp and continue to be.

The FedEx CEO’s warning should be taken seriously.

Their critical role in today’s economy gives them insights that many do not have, and their CEO just warned about global economic problems! 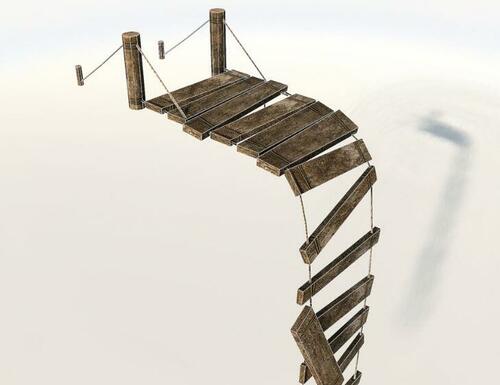 I have no idea what the models really are (I only play an economist on TV), but I do think the public works on very simple models or thoughts. The policy makers have complex models, but as complex as they are, they do not capture the complexity of the real world. Just like Newtonian physics could explain a lot, but further advances, like relativity are required to explain more phenomena, we may find that the economic models we’ve been using cover a lot of situations, but not all, and this may be one of those situations (for those of you who have been reading the T-Report for the past decade, you know I like comparing pendulums to double pendulums, where starting conditions are extremely important, and I think that is relevant now).

The Fed has a formidable job as the data the media, politicians and public all show inflation stubbornly high this morning, while evidence is mounting that that not only is the future looking far less rosy than thought a month or two ago, but that it could deteriorate rapidly.

The one thing policy makers seem to have ignored recently, is their own models tell them there is a lag effect between policy implementation and the impact showing up in the real world economy.

Yes, the headlines are rife with unions getting materially better pay packages (did the rail workers top tick the market?), but I’m still thinking that we are:

The Fed, already with a difficult job next week, just found their job more difficult as markets and companies started the week fixated on some inflation metrics and may be finishing the week on recession fears.

What model will the Fed use? That might be the wildcard for next week? Since Jackson Hole, central banks across the globe have been sticking to one script, maybe yesterday’s warning is one that shouldn’t be ignored?

3 hours ago
Durable Goods Drop Most Since February On Transportation Weakness, Offset By Strong Core CapEx