After March’s surge in consumer prices, analysts’ consensus is that CPI has peaked and April was expected to show a big slowing from +8.5% YoY to +8.1% YoY, however, CPI printed hotter than expected at +8.3% YoY… 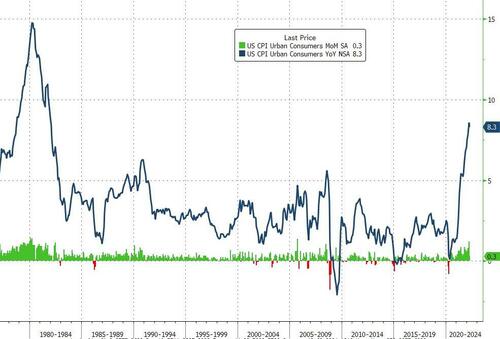 Bear in mind that headline CPI is still at its second highest since 1982. 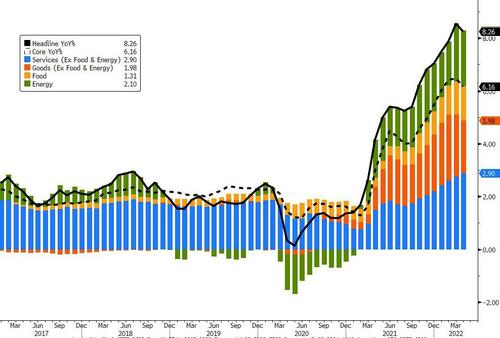 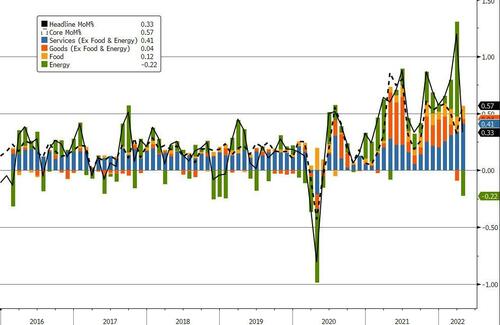 Increases in the indexes for shelter, food, airline fares, and new vehicles were the largest contributors to the seasonally adjusted all items increase.  The indexes for medical care, recreation, and household furnishings and operations also increased in April.

Here are some of the stunning, record price increases, first on a Y/Y basis:

but, a few major component indexes declined in April. 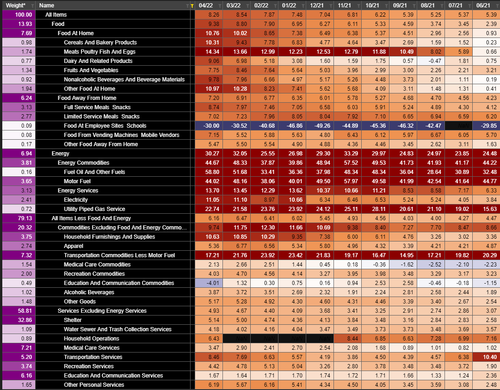 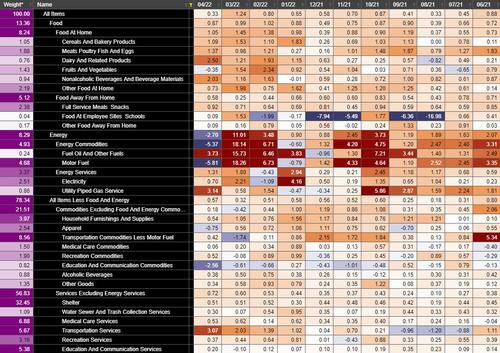 The cost of putting a roof over your head is soaring: 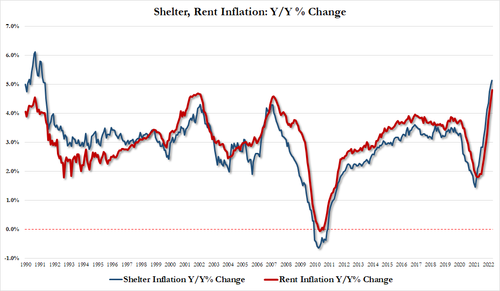 Away from housing, it is also interesting to observe what’s going on with food away from home, i.e, restaurants. Inflation in the “full-service meals and snacks” category – meals you pay for after you eat – is surging. But the “limited-service” category, which captures meals you pay for before you eat, has been rolling over for several months now. As Bloomberg notes, usually these two move in tandem, so it will be interesting to see if this divergence can be maintained. 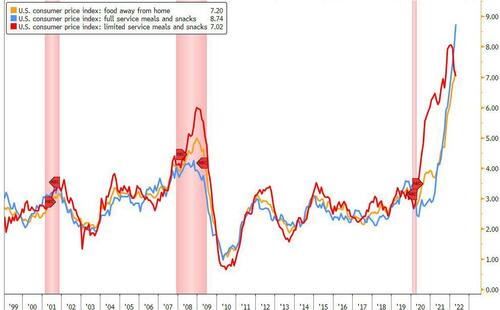 That said, and as Goldman warned, strong Services inflation will likely keep CPI elevated while last year’s spike in goods prices will increasingly drop out… 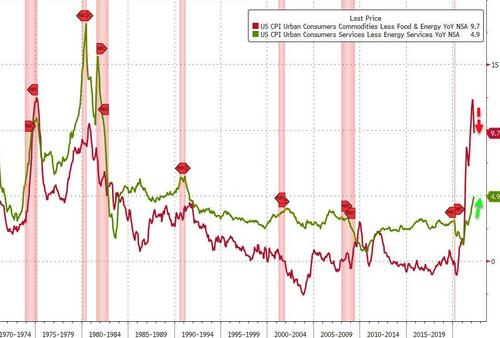 Finally, perhaps most worrying for the average Joe, ‘real’ wages fell for the 13th straight month… 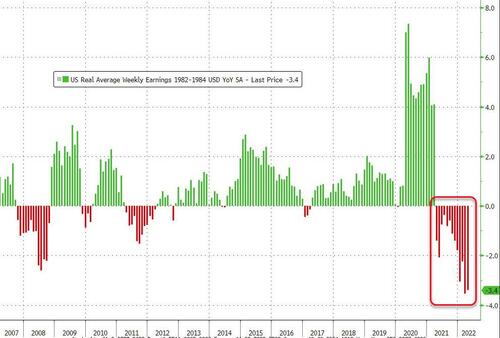 “Very simply, this high inflation number has dimmed the hopes for many investors considerably that we’ve reached peak inflation. Therefore, the Fed will remain hawkish and it just might put a 75 basis point hike back on the table.”

Looking ahead there is good news and bad news, from Katherine Judge at CIBC:

“Looking beyond April, base effects will help annual inflation continue to decelerate in the near term, but that will be limited by gas prices, which are heading higher again, and supply disruptions resulting from lockdowns in China, in combination with the tightening in the labor market and higher shelter prices.”

Get back to work Mr.Powell – and Mr.Biden, please stop whatever it is you are doing to ‘help’.