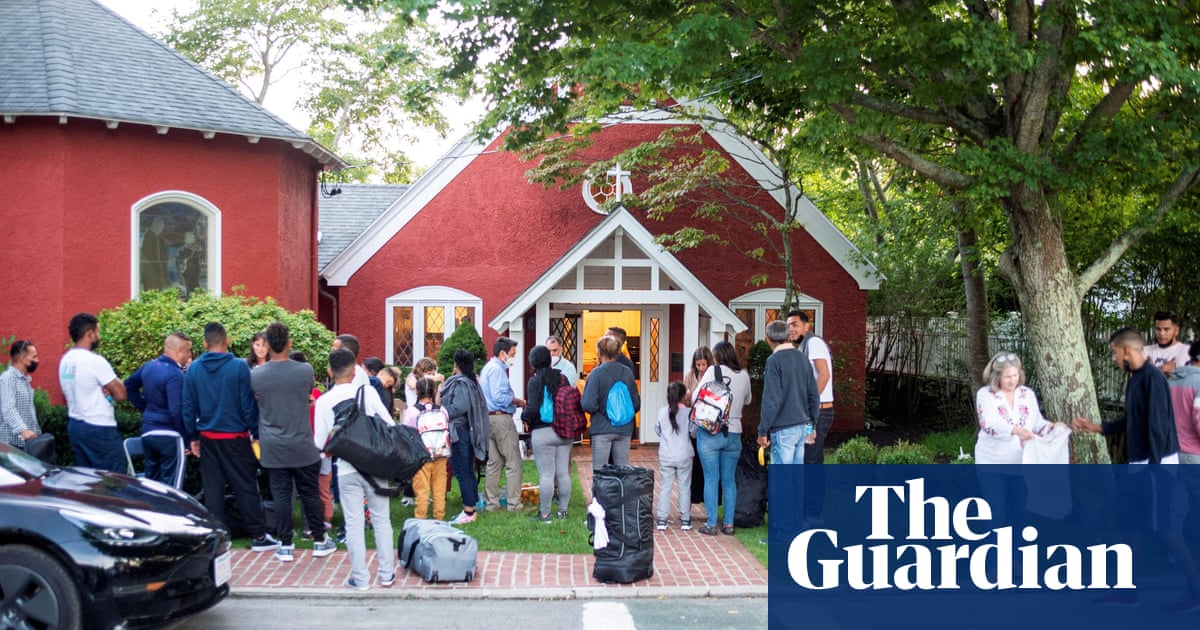 A criminal investigation has been launched in Texas into whether dozens of asylum seekers were illegally flown from the state to Martha’s Vineyard, as new evidence continues to emerge suggesting they were misled.

The Bexar county sheriff, Javier Salazar, said on Monday that his office was investigating the flights, chartered on behalf of the Florida governor, Ron DeSantis, which brought dozens of migrants to the island in Massachusetts.

While Salazar did not name possible subjects in the inquiry, he said: “Everybody on this call knows who those names are already,” according to NBC News.

Salazar did not discuss what specific laws might have been broken, but said it seemed evident that asylum seekers had been “lured under false pretenses”, with a recruiter given a “bird dog fee” to gather dozens of people who were outside a San Antonio migrant resource center.

Many of the asylum seekers were given pamphlets advertising cash assistance, help with housing, job training and other resources if they came to Massachusetts.

But the promised benefits are only available for refugees, a specific categorization under US immigration law that the asylum seekers do not currently fall under.

Lawyers for Civil Rights, a Boston-based group representing 30 of the recent arrivals, shared links and images of the brochures on Twitter.

“This is additional evidence that shows in writing that those false representations were made in order to induce our clients to travel,” said Oren Sellstrom, the group’s litigation director, to NBC News.

The group has also called for a federal and state criminal investigation into the chartered flights.

A spokesperson from DeSantis’s office defended the flights and the brochures, saying that migrants were sent to “greener pastures” and to places that had more resources than Bexar county.

The flights are just one instance of a broader pattern of Republican officials sending thousands of asylum seekers to predominantly Democratic-voting areas, a stunt that Democrats have slammed as illegal and wrong.

“There is a process that is in place. And what they are doing is an illegal stunt, is a political stunt,” said the White House press secretary, Karine Jean-Pierre.