On Thursday the state-run Central Bank of Cuba (BCC) announced that it’s suspending all deposits in US dollars due to what it called America’s “economic blockade” of the country’s banking system.

“Given the obstacles imposed by the US economic blockade for the Cuban banking system to depositing abroad cash in US dollars collected in the country, the decision has been made to temporarily stop the acceptance of bills in that currency by the Cuban banking and finance system,” national media cited the bank as saying. 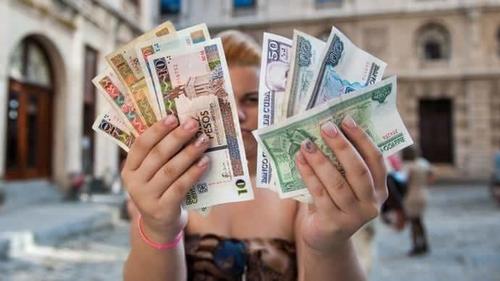 The decision will go into effect starting June 21, and for now it appears indefinite with no end date for the restrictive measures being issued.

Continued US punitive measures which have greatly weakened the Cuban peso created distortions between public and black market rates of late, a disparity which has hit state employees who are paid out in the national currency the hardest.

“This comes as the U.S. dollar in Cuba’s black market has soared in recent months to about 70 Cuban pesos, about triple the official exchange rate of 24 pesos,” The Miami Herald reports.

“The Cuban peso weakened significantly against the dollar after the island eliminated a confusing dual-currency system that maintained one currency valued at parity to the dollar and another much weaker currency,” the report added.

Central Bank Vice President Yamile Berra Cires further cited as part of the rationale for the drastic move that some two dozen banks had halted business with the island in the wake of the prior Trump administration’s tightened US sanctions. She said the move is necessary to protect the local financial system.

So it’s not surprising people are gonna see this as in fact not the system saying no more dollars, but short-term dollar grab vis-a-vis the informal currency market. IE this:https://t.co/lSqP6QZYjw

But as CNN’s Havana bureau chief Patrick Oppmann notes, the change also comes “just months after Cuba effectively dollarized stores. Now the Cuban gov’t seems to be trying to ditch the dollar as inflation has driven down the value of the Cuban peso.”