Democratic Washington D.C. Attorney General Karl A. Racine is broadening the scope of a lawsuit against Amazon to include allegations of bogging down wholesalers who provide goods to vendors that compete with Amazon.

Racine had previously sued Amazon in May, alleging the company “fixes prices online by preventing the third-party sellers that use its marketplace from offering their products at lower prices elsewhere”, according to the Washington Post.

In an amended complaint, Racine charges that Amazon illegally shuts down competition by requiring that wholesalers guarantee the company will make a minimum profit when it buys and resells their goods.

These deals enable Amazon to lower its prices to beat out competitors by making wholesalers compensate for lost profits. This then prompts the same wholesalers to raise prices when selling to competition, the lawsuit alleges.

Racine’s allegations are the first in the United States of their kind against Amazon.

The requirements “insulate Amazon’s online marketplace from competition, further entrench its monopoly, and result in higher prices and less choice for consumers,” the complaint says. “We knew Amazon’s anti-competitive behavior was far-reaching — and through our investigation, we’re realizing just how far it goes,” Racine told WaPo. 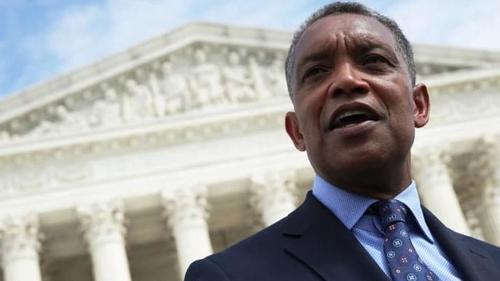 A spokesperson for Amazon commented: “The DC Attorney General has it exactly backwards – sellers set their own prices for the products they offer in our store. The relief the AG seeks would force Amazon to feature higher prices to customers, oddly going against core objectives of antitrust law.”

Stacy Mitchell, co-director of the anti-monopoly group Institute for Local Self-Reliance, commented: “So often Amazon’s market power is sort of seen in this one dimensional way, and in fact Amazon plays these multiple role roles in the market.”

Recall, back in May, Racine filed his first suit against Amazon, alleging that the company’s practices have unfairly raised prices for consumers while suppressing competition and innovation. The lawsuit is seeking to end Amazon’s use of allegedly illegal price agreements to edge out competitors, recover damages and impose penalties. The lawsuit alleged that Amazon’s conduct made it virtually impossible for third-party sellers to offer goods at a better price than Amazon.

The suit initially alleged that Amazon illegally maintained monopoly power by using contract provisions to prevent third-party sellers on its platform from offering their products for lower prices on other platforms. The attorney general’s office claimed the contracts create a “an artificially high price floor across the online retail marketplace,” according to a press release. The AG claimed these agreements ultimately harm both consumers and third-party sellers by reducing competition, innovation and choice.

Until 2019, Amazon included a clause in its third-party seller agreement that they couldn’t offer goods on Amazon at a higher price than they were offered on other third-party platforms. Amazon eventually removed that provision amid growing anti-trust scrutiny.