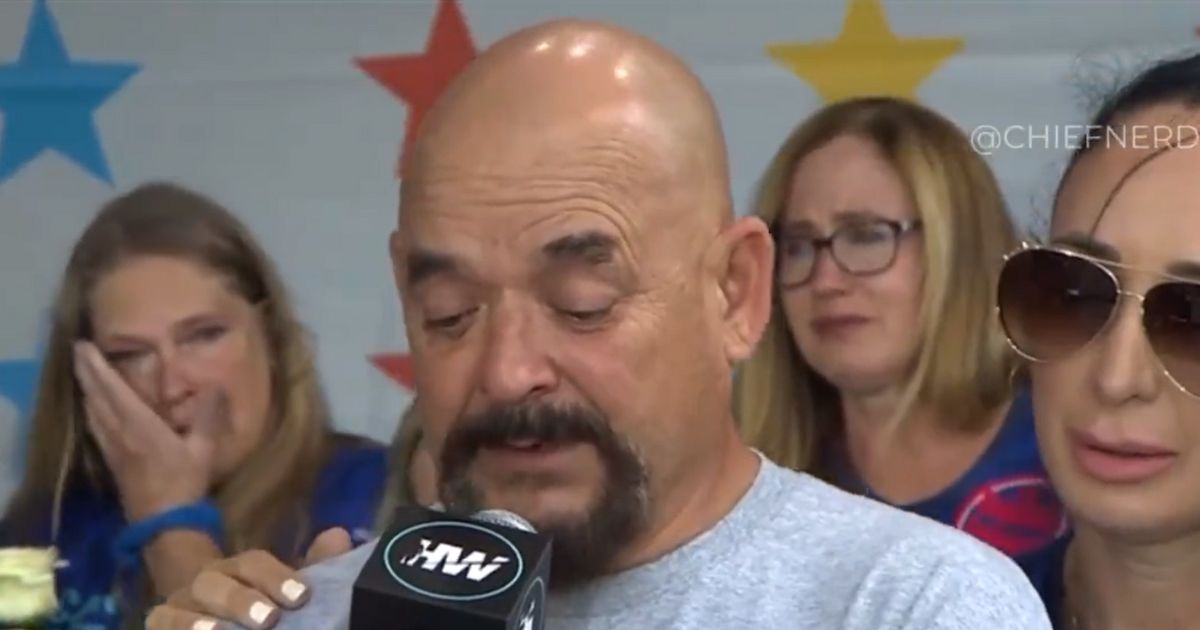 Ernest Ramirez says he wanted to do the right thing for his son, so he decided to have 16-year-old Ernesto take the COVID-19 vaccine.

After all, what was the harm? Ramirez was told the vaccine was 100 percent safe.

Soon after his son’s death, Ramirez says, he received a call from the Federal Emergency Management Agency. According to him, agency officials asked him to change the cause of death for his son to “COVID.”

Ramirez says they offered to help him financially in exchange for doing so.

On Friday, a video of Ramirez’s FEMA revelation made the rounds on Twitter, going viral with a whopping 1.3 million views. The speech was filmed in April at the “Defeat the Mandates Rally” in Los Angeles.

Ernest Ramirez on How FEMA Tried to Coerce Him to Change the Cause of Death for His Son After He Died From the Pfizer Vaccine@rgvrunner01 pic.twitter.com/YLakT9IWLt

“When the news came out — when the media and the government that there were safe and effective vaccines, we were told that everyone needed it, to get the vaccine, for our health and to stop the spread,” Ramirez said at the time.

“I decided to do the right thing and keep my son safe. This turned out to be the worst decision of my life. Suddenly my son was dead, and I was planning his funeral.”

He said an autopsy showed the teenager had myocarditis — inflammation of the heart muscle.

Ramirez then talked about his conversation with FEMA officials.

“Seven months later, after FEMA contacted me and asked me to change the cause of death [of] my son to COVID so that they could help me financially, I told them I would never do that,” he said at the rally.

“I would definitely never disrespect my son in that way.”

FEMA’s website says the agency provides as much as $9,000 toward funeral expenses in cases where “death was attributed to COVID-19.”

Only a few months after Ernesto’s death, the Center for Disease Control and Prevention revealed an unexpectedly high number of heart complications had been occurring in young men who had taken the COVID-19 vaccine, according to NBC News.

At the time, 226 cases of myocarditis or pericarditis had been reported in vaccinated people under the age of 30 when fewer than 100 were expected, Dr. Tom Shimabukuro, deputy director of the CDC’s Immunization Safety Office, said, according to NBC News.

According to the CDC, myocarditis and pericarditis (inflammation of the outer lining of the heart) appear to be rare side effects of COVID vaccination especially prevalent in adolescents and young men.

Nevertheless, the agency says, for the vast majority of people, the data shows the low risk of complications from the vaccine is outweighed by the reward.

Is the federal government deceiving the public on the harmful effects of COVID shots?

“The known risks of COVID-19 illness and its related, possibly severe complications, such as long-term health problems, hospitalization, and even death, far outweigh the potential risks of having a rare adverse reaction to vaccination, including the possible risk of myocarditis or pericarditis,” the CDC says on its website.

In the months since Ernesto’s death, we have seen a steady trickle of reports involving young and otherwise healthy people dying suddenly of unknown circumstances.

At this time, the stories are largely anecdotal. It could be that such cases were always happening but are only now being reported amid concerns about the COVID vaccine.

Despite that, one thing is certain: Young, healthy individuals are at extremely low risk of suffering COVID mortality. To put this in perspective, according to the CDC, from 2020 to 2023, more U.S. children ages 0-17 suffered deaths involving pneumonia (2,227) than COVID-19 (1,433).

Nevertheless, because of intense pressure from the government and establishment media, many got the vaccine anyway.