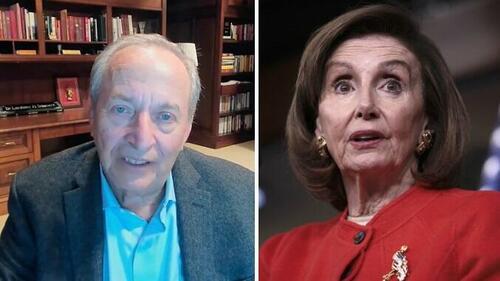 “There is no material prospect that, in any enduring way, gouging legislation can have any substantial effect on inflationary pressure,” Summers told Bloomberg Television‘s David Weinstein. “But it can cause and contrive all kinds of shortages” – as well as undermine moves by companies to boost supply as prices climb, he added.

Congress will vote next week on legislation barring “excessive” or “exploitative” fuel prices. House Speaker Nancy Pelosi Thursday backed the bill, saying, “This is a major exploitation of the consumer.” The measure is unlikely to garner the Republican support needed to become law, however. –Bloomberg

Summers got in dig at former President Donald Trump, saying “The ‘price-gouging at the pump’ stuff, the more general price-gouging stuff, is to economic science what President Trump’s remarks about disinfectant-in-your-veins was to medical science,” referring to Trump’s suggestion at the beginning of the pandemic that scientists should explore whether injected disinfectant could be used against Covid-19.

Meanwhile, Summers said it’s unlikely that the Fed will be able to bring inflation down to its 2% target “anytime soon,” and that it may take multiple slowdowns to bring down CPI gains.

He also suggested that consumer-price gains this decade would likely prove larger than they were last decade, when CPI inflation averaged 1.8% through 2019.

“I’m not yet prepared to join the chorus,” Summers said regarding chatter about a Fed inflation target above 2%. “It could conceivably be ultimately right, but I think moving in that direction immediately would very much undermine what limited anti-inflation credibility the Fed has.”

If politicians do want to be helpful, “to the limited extent they can,” Summers offered the following suggestions (via Bloomberg):

“This gouging talk is a diversionary confusion,” he added.