Billionaire David Och likely just made one of the best “trades” of his career.

The founder of Och-Ziff Capital Management just sold his Manhattan penthouse overlooking Central Park for about $95 million than he paid for it, according to a new report from The Wall Street Journal.

The sale comes about 3 years after he purchased the apartment for about $93 million plus $2 million for a one bedroom unit on a lower floor, the report says. 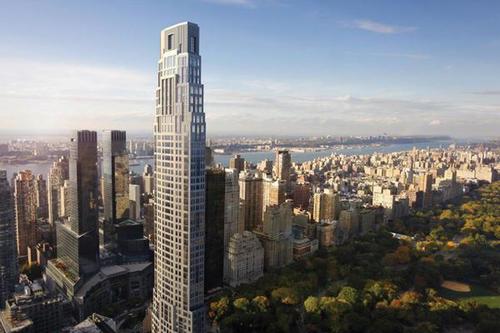 Och lives in Florida for tax purposes, but had been using the NYC pad as a pied-à-terre. With the nearly $100 million he will net from selling it, we’re sure he’ll be able to find another cozy spot to purchase when he visits NYC.

Och also owns an apartment at nearby 15 Central Park West, the Journal said, which was listed for $57.5 million back in 2019 and was taken off the market about 5 months ago.

The sale was at 220 Central Park South, recognized as one of the most expensive buildings in the city, the Journal said. Joseph Tsai, co-founder of Alibaba, recently paid $157.5 million for two apartments in the building, the report says. Ken Griffin also famously paid about $238 million for an apartment there in 2019.

The property was developed by Vornado Realty Trust.