The top ranking Democrat on the Senate Intelligence Committee warned Sunday that TikTok is a national security threat and that President Trump was right to want to ban it in 2020. 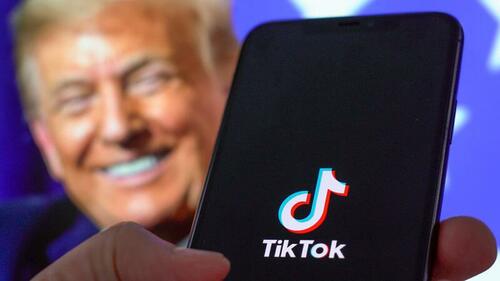 “One, it is a massive collector of information, oftentimes of our children. They can visualize even down to your keystrokes. So If you’re a parent and you’ve got a kid on TikTok, I would be very, very concerned,” Warner explained.

He added, “All of that data that your child is inputting and receiving is being stored somewhere in Beijing.”

“The idea that we can somehow separate out TikTok from the fact the actual engineers writing the code in Beijing I think is a — The Justice Department’s trying to come up with a solution. I’m going to take a look at that solution, but they’ve got a huge mountain to climb,” the Senator further noted.

“If they suddenly want to dial up the fact that we’re going to decrease the content that criticizes Chinese leadership but increase the content that your kids may be seeing saying, hey, you know, Taiwan really is part of China, that is a distribution model that would make RT or Sputnik or some of the Russian propaganda models pale in comparison,” he further stated.

Earlier in the broadcast, Republican Senator Tom Cotton warned that China is lying about claims that it stores Americans’ TikTok user data in the United States with backups in Singapore.

“There have been reports indicating that that data is accessible in mainland China. That TikTok, a Chinese company, is subject to communist China’s laws and that TikTok is one of the most massive surveillance programs ever, especially on America’s young people,” Cotton stated.

“It’s not just the contents you upload to TikTok but all the data on your phone and other apps, all your personal information, even facial imagery, even where your eyes are looking on your phone,” Cotton added.

“That’s why I’ve encouraged every American, if they’re using TikTok, to delete it from their phone if they can, to get a new phone all together,” The Senator further warned.

The Chinese-owned video app, which is notorious as perhaps the most censorious in existence, has previously allowed fake news about Trump resigning to go viral, has censored videos that make fun of Dr. Anthony Fauci, has removed videos that highlighted inconsistencies in Amber Heard’s testimony, and has also threatened to censor criticism of Joe Biden.