Democratic Sen. Joe Manchin bucked his own party’s political operation in 2020 by endorsing a Republican. Now, he’s doing it again.

The West Virginia senator is backing Alaska GOP Sen. Lisa Murkowski’s reelection bid in the face of a pointed challenge from former President Donald Trump, whom Murkowski voted to convict of inciting an insurrection.

It’s a wrath that Manchin knows all too well, having faced a Trump-inspired challenge of his own three years ago.

But Manchin doesn’t want to see his friend Murkowski defeated by a Trump-endorsed Republican — or a Democrat. He told POLITICO’s Playbook Deep Dive podcast that he will support Murkowski’s challenging reelection campaign in 2022 “in a heartbeat.” 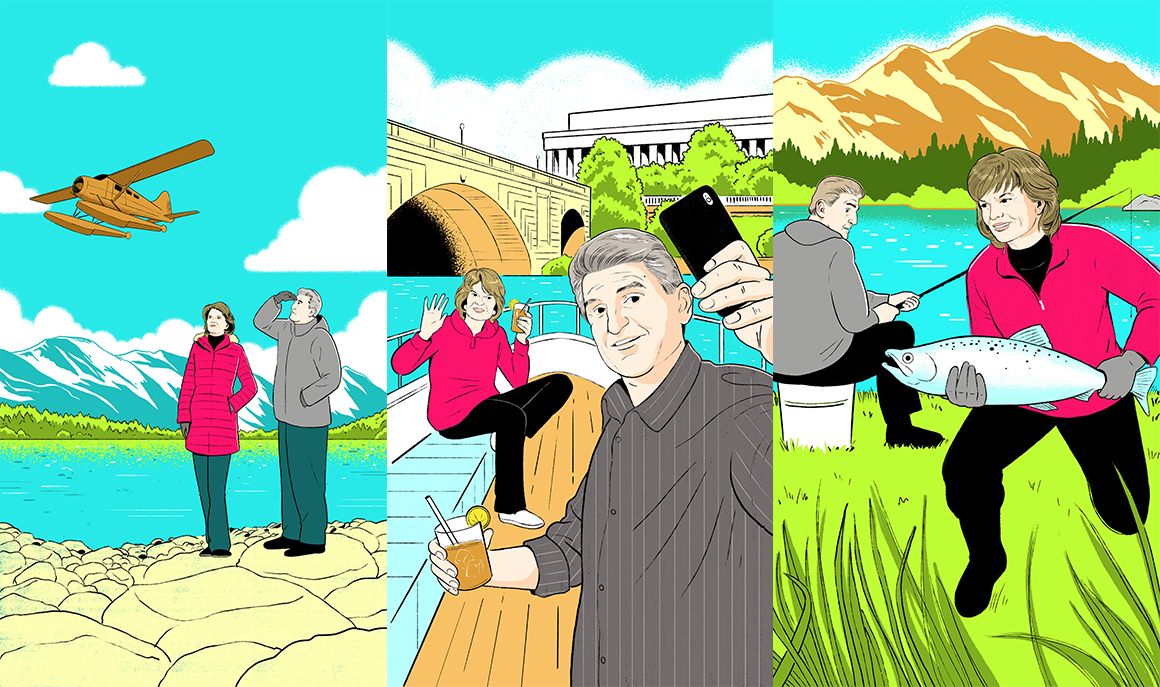 “I’ve met a lot of good people in Alaska, they know when they’ve got the real deal. And they see the person that basically is bringing both sides together, trying to look for the best interest,” Manchin said of Murkowski in a rare joint interview. “People understand that they have a person that understands Alaska and has Alaska in her blood and in every part of her veins and every morsel of her body.”

Murkowski hasn’t officially launched her reelection campaign but was elated to get Democratic backing: “I would welcome his endorsement.”

The two have a relationship dating back to essentially when Manchin entered the Senate in 2010 and Murkowski, then the top Republican on the Energy Committee, visited Manchin in West Virginia. Then as chair, Murkowski hosted Manchin in Alaska in 2019 — cementing their rare bipartisan relationship.

Manchin, who also endorsed Sen. Susan Collins (R-Maine) in her 2020 reelection race, said that “I don’t think we should be campaigning against any colleagues, Democrat or Republican.”

He conceded most of his colleagues don’t agree with him. But Murkowski hopes that with the establishment of a 20-senator strong bipartisan group, called the G20, their alliance is the start of something bigger rather than an outlier in an increasingly partisan chamber.

“I would like to think that we’re the resurgence, that it’s kind of lonely right now. But why wouldn’t we want to encourage greater collaboration and cooperation among our colleagues,” Murkowski. “I get weary of of of that energy that is focused on the dirty, unproductive process.”

Murkowski’s biggest problem is from within her own party, and Trump has backed Kelly Tshibaka against her. It’s unclear whether Democrats will even bother to put up a credible candidate against Murkowski, who won a write-in campaign after losing her primary in 2010. The state has also changed its elections system into a nonpartisan top-four primary that could help Murkowski blunt Tshibaka’s challenge.