As the discussion on Central Bank Digital Currencies (CBDCs) has grown over the past two years, one issue consistently pops up in relation – The creation of a global currency system.  And along with that idea there is always another term mentioned – Special Drawing Rights (SDRs).  In the face of multiple global crisis events, the IMF is enjoying an elevated position as the “problem solver” most nations turn to for help.  The Ukraine war is no exception.

It is perhaps not surprising that Democrat leaders in the US are calling for even more money for the Ukraine war, but what is interesting is that this time they want the IMF to step in with SDRs.

Now, with price inflation dragging national economies down and supply chain problems continuing to stifle trade and retail, the issuance of fiat stimulus by central banks has taken a back seat to interest rate hikes. 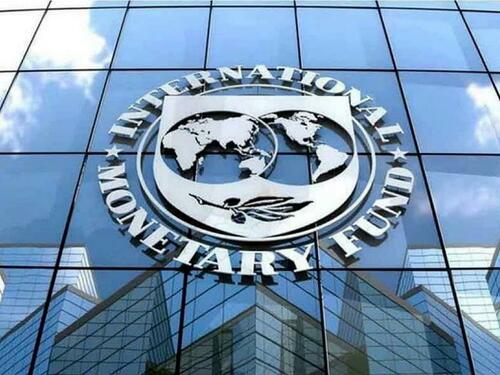 Central banks were the lender of last resort, but now the IMF is being presented as the new monetary savior.  The more SDRs the IMF creates and issues, the more the trade mechanism proliferates and the more acceptable it becomes as a possible replacement for the US dollar as the world reserve currency.  Each new crisis brings global banks closer to their goal; the introduction of national digital currencies and the SDR basket becoming the defacto reserve trading tool for the world.

Billions upon billions in international aid has already flooding into Ukraine, some of it for civilian relief and some of it for weapons.  The US alone has spent at least $54 billion in the past couple months in Ukraine.  That’s around the same amount of money America spent during the first year of the war in Iraq, but Democrats keep demanding more.

As Bloomberg notes, the call for exceeding the $650 billion SDR issuance from last August isn’t an entirely new one. Back in 2020, just before Biden’s election, former Treasury Secretary Larry Summers, who advised the campaign on economic policy, and former U.K. Prime Minister Gordon Brown called for an issuance of “well over $1 trillion.”

This time, the claim is that relief is needed for Ukraine AND any other countries affected by conditions caused by the conflict.

This demand is led by Representative Pramila Jayapal, the head of the Progressive Caucus, and Senator Elizabeth Warren:

“Russia’s war on Ukraine has decimated the Ukrainian economy and disrupted the global food and energy supply, contributing to millions more struggling with hunger and poverty worldwide,” Jayapal said in a statement.

“The administration must act without delay, to meet the dire need, demonstrate global leadership, and strengthen the effectiveness and credibility of our multilateral institutions in the face of this crisis.”

This is of course rather arbitrary.  Joe Biden seems to think inflation in the US is being caused by Russia and the Ukraine war; does this mean the US should get an influx of SDRs?  This kind of faulty argument will surely be made by numerous countries in order to get a piece of the SDR pie.

As a reminder, the creation of any amount up to about $650 billion is a proposal that the US can put forward at the IMF board without congressional authorization, because the US allocation wouldn’t exceed its current quota, or share, of the fund.

This bigger issue, however, is the increasing economic dependency of national governments on globalist institutions with each passing crisis.

Why do Democrats specifically want aid denominated in SDRs?  Because funding allocations in the US have already hit their maximum and new funding bills are being defeated in the Senate.  At the IMF, there are no checks and balances.  They can ask for almost any amount of money in the form of SDRs without oversight.  There are always strings attached  when it comes to the IMF, and in exchange for SDRs, the globalists will certainly want more centralized control.