Authored by Mark Tapscott via The Epoch Times,

Top Democratic leaders with oversight of the National Institutes for Health (NIH) are keeping quiet about the $350 million in secret payments to agency leaders like Dr. Anthony Fauci and hundreds of its scientists. 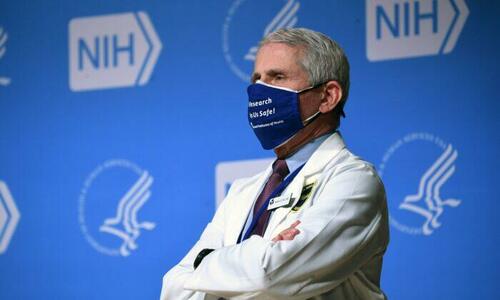 The Epoch Times received no responses from multiple requests to Sen. Patty Murray (D-Wash.) and Rep. Frank Pallone (D-N.J.) for comment on a report by a non-profit government watchdog estimating that Fauci, former NIH director Francis Collins, and hundreds of NIH scientists got as much as $350 million in undisclosed royalty payments from pharmaceutical and other private firms between 2010 and 2020.

The revelations from Open the Books, which were first reported on May 9 by The Epoch Times, are based on thousands of pages of documents the group obtained from NIH in a Freedom of Information Act (FOIA) lawsuit in federal court. The suit was filed by Judicial Watch on behalf of Open the Books.

Open the Books is a Chicago-based nonprofit government watchdog that uses the federal and state freedom of information laws to obtain and then post on the internet trillions of dollars in spending at all levels of government. 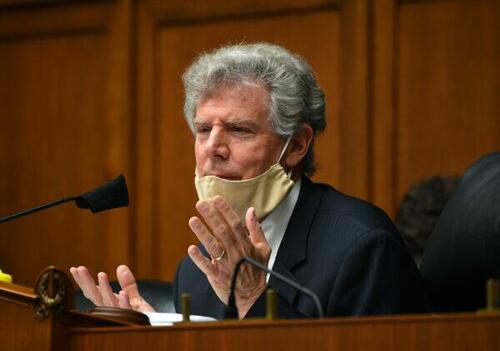 A spokesman for NIH also did not respond to multiple requests from The Epoch Times for comment.

Because NIH hands out $32 billion in research grants to medical institutions and researchers annually the undisclosed royalty payments, which are usually for work on a new drug, may indicate the presence of massive and widespread conflicts of interest or the appearance of such conflicts, both of which violate federal ethics laws and regulations.

Fauci is the longtime head of NIH’s National Institute for Allergies and Infectious Diseases (NIAID), as well as chief medical adviser to President Joe Biden.

Lane is the deputy director of NIAID, under Fauci. 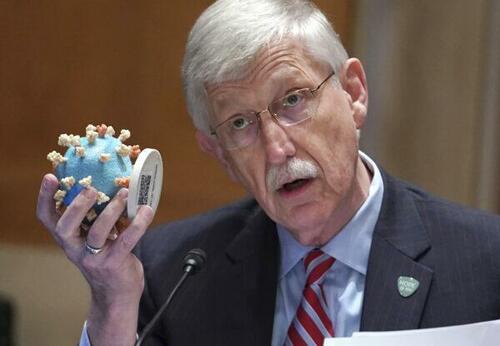 NIH Director Dr. Francis Collins holds up a model of the coronavirus as he testifies before a Senate Appropriations Subcommittee looking into the budget estimates for the National Institute of Health (NIH) and the state of medical research, on Capitol Hill in Washington on May 26, 2021. (Sarah Silbiger/Pool via AP)

Fauci received 23 royalty payments during the period, while Collins was paid 14. Clifford Lane, Fauci’s deputy, got eight payments, according to Open the Books.

While Pallone and Murray were silent on the secret NIH payments, Republicans expressed outrage at what they see as serious conflicts of interest.

Sen. Marsha Blackburn (R-Tenn.) told The Epoch Times, “the NIH is a dark money pit. They covered up grants for gain of function research in Wuhan, so it is no surprise that they are now refusing to release critical data regarding allegations of millions in royalty fees paid to in-house scientists like Fauci.

“If the NIH wants to keep spending taxpayer dollars, they have a responsibility to provide transparency.”

Sen. Ted Cruz (R-Texas) said, “This report is disturbing and if it is true that some of our country’s top scientists have conflict of interest problems, the American people deserve to have all the answers.” 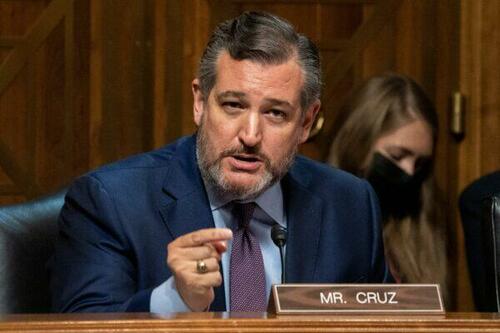 Similarly, Rep. Greg Steube (R-Fla.) called for an investigation, noting that, “Of course it’s a direct conflict of interest for scientists like Anthony Fauci to rake in $350 million in royalties from third-parties who benefit from federal taxpayer-funded grants.

“Anthony Fauci is a millionaire that has gotten rich off taxpayer dollars. He is a prime example of the bloated federal bureaucracy. This royalty system should be examined to ensure it isn’t making matters worse.” 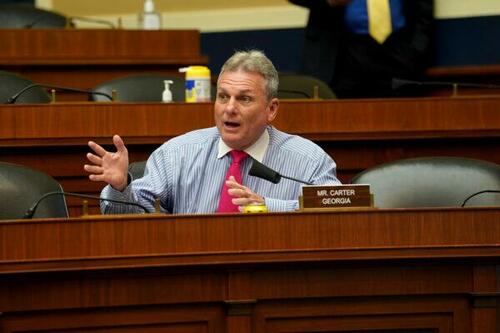 Rep. Buddy Carter (R-Ga.) said the latest revelations are further evidence that Fauci should be fired.

“Fauci and the NIH have repeatedly abused the trust of the American people.

“From lying about gain of function research to walking back claims about COVID-19, this latest allegation is just another nail in the coffin of the integrity of our public health system.

“Dr. Fauci should have been fired a long time ago, and that remains true today,” Carter told The Epoch Times.

Rep. Buddy Carter (R-Ga.) is seen during a hearing in Washington in a file photograph. (Greg Nash/Pool/Getty Images)

Mike Howell, a veteran congressional counsel and investigator who is now senior adviser on government relations at the Heritage Foundation, told The Epoch Times he thinks NIH could be in for trouble on the Hill in 2023 if voters return Republicans to majority control of the Senate and House in November’s mid-term elections.

“This Congress has not only failed to perform any serious oversight of the Biden administration, but is in many cases complicit in covering for them.

“When new majorities take over next over year, they will have a mandate to get to the bottom of scandals like this.”

Another Heritage expert, Douglas Badger, pointed to the need for a systematic re-examination of federal ethics statutes and an oversight investigation of the NIH royalties by Congress.

“Government scientists who are collecting royalties in connection with work they did in the course of their official duties must disclose this information to the public. The potential for conflict of interest is obvious,” Badger said. 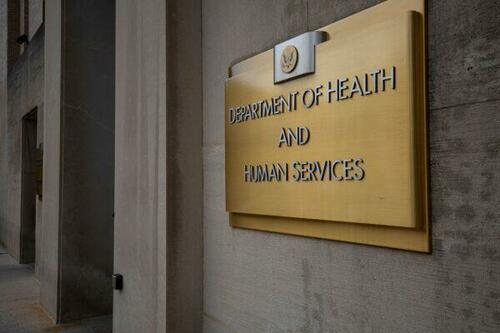 The US Department of Health and Human Services (HHS) building is seen in Washington, on July 22, 2019. (Alastair Pike/AFP via Getty Images)

“The Department of Health and Human Services (HHS) should revise its ethics guidance to require such disclosure, federal agencies should respond fully and promptly to freedom of information act requests concerning these royalties, and Congress should conduct an oversight investigation to assure that royalties paid by private companies to government scientists do not compromise the integrity of executive branch agencies.”

Badger is a senior fellow in Heritage’s Center for Health and Welfare Policy.

Rick Manning, president of Americans for Limited Government, also pointed to the potential seriousness of the apparent conflicts of interest, and the need for a congressional probe.

“The obvious conflict of interest for the public health scientist recipients of the hundreds of millions of dollars in royalty payments calls into question who they have been working for,” Manning asked.

“Congress must demand a full, non-redacted accounting of these payments along with the projects these public employees have been involved in and stakeholder interests in those projects.

“At a time when the truthfulness of public officials like Dr. Fauci, have come under intense scrutiny, it is critical for these relationships to be fully disclosed,” he said.

In a related development earlier this week, Rep. Brett Guthrie told a meeting of an energy and commerce subcommittee examining Biden’s 2023 budget proposal for HHS that the department that includes NIH needs much more congressional oversight.

“Oversight is especially important given the huge increases in funding requested by the Biden administration. The HHS budget before us today calls for a 12 percent increase in discretionary spending at HHS for Fiscal Year 2023,” Guthrie told the subcommittee.

“The budget specifically gives more than a $6 billion combined boost in funding to the Centers for Disease Control and Prevention (CDC) and the National Institutes of Health, both of which have come under fire recently over controversial masking guidance and COVID-19 research funded by NIH using American taxpayer dollars,” Guthrie continued.

“We need to hold NIH accountable and ensure taxpayer dollars are not going to labs engaging in risky gain-of-function research and ensure researchers are transparent about how they are spending taxpayer funded research grants,” the Kentucky Republican said.