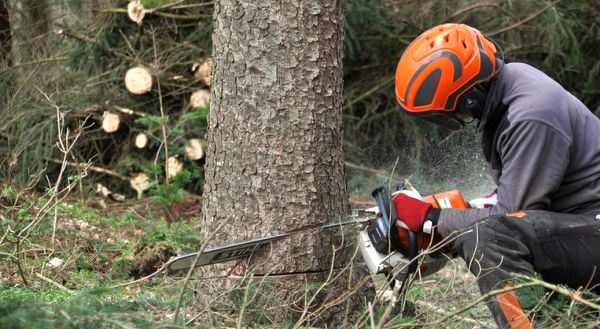 The Senate Energy and Natural Resources Committee split along party lines during a Thursday morning vote on President Joe Biden’s nominee to lead the Bureau of Land Management.

The Democrats on the committee unanimously backed the nominee, Tracy Stone-Manning, in the face of fierce Republican opposition due to her involvement in a 1989 eco-terrorism incident and her alleged dishonesty to the committee about the incident.

“Tracy Stone-Manning collaborated with eco-terrorists. She lied to this committee, and she continues to harbor extremist views most Americans find reprehensible,” Sen. John Barrasso of Wyoming, the ranking member of the committee, said before the vote. “She is thoroughly disqualified to hold the position of director of land management.”

Energy Committee Chairman Sen. Joe Manchin of West Virginia rejected Barrasso’s argument, saying that he was unable to find any credible evidence in the trial record that Stone-Manning personally spiked any trees, conspired with eco-terrorists or lied to his committee.

Following the committee’s 10-10 vote on Stone-Manning’s confirmation, Sen. Majority Leader Chuck Schumer will have the option to discharge her nomination and bring it before the full Senate for a vote.

Stone-Manning is unlikely to receive any Republican support in the Senate if the full chamber holds a vote on her nomination. Sen. Minority Leader Mitch McConnell called on Biden on Friday to withdraw her nomination due to her involvement in the 1989 eco-terrorism incident.

With the Senate split 50-50, Stone-Manning will need Vice President Kamala Harris to break a tie if a vote is divided along party lines, The New York Times reported.

The Daily Caller News Foundation first reported the contents of an anonymous and threatening letter Stone-Manning sent to the Forest Service in 1989 on behalf of her former roommate and friend warning that a local forest in Idaho set to be logged had been sabotaged with tree spikes, a known eco-terrorism tactic.

Stone-Manning told the Senate Energy Committee in writing in May she had never been the target of a federal criminal investigation, but numerous news reports, accounts of federal law enforcement officials and statements from Stone-Manning herself at the time of the tree spiking incident strongly suggest she was a target of the federal government’s investigation into the matter.

Stone-Manning was among seven individuals subpoenaed in 1989 by federal law enforcement officials investigating the incident. The subpoena forced her to provide fingerprints, palm prints, handwriting samples and hair samples to a federal grand jury, according to the Montana Kaimin.

Stone-Manning herself was quoted in a 1990 news article expressing her anger at the “degrading” experience the FBI subjected her to during their investigation.

“It was degrading. It changed my awareness of the power of the government,” Stone-Manning said. “Yes, this was happening to me and not someone in Panama. And, yes, the government does do bad things sometimes.”

The lead Forest Service investigator in the case, Michael Merkley, said in a letter to the Senate Energy Committee on July 14 that Stone-Manning was “extremely difficult to work with; in fact, she was the nastiest of the suspects” during the initial stages of his investigation in 1989.

“She was vulgar, antagonistic and extremely anti-government,” Merkley said.

Merkley said he learned years later from the ex-girlfriend of one of the individuals who was later convicted for spiking the trees that Stone-Manning was the person responsible for mailing the anonymous and threatening letter to the Forest Service.

While Stone-Manning received legal immunity from prosecution in 1993 to testify against the suspects in the tree-spiking incident, Merkley said she was no hero in the matter and that her refusal to cooperate with authorities in 1989 set his investigation back by years.

“Let me be clear. Ms. Stone-Manning only came forward after her attorney struck the immunity deal, and not before she was caught. At no time did she come forward of her own volition, and she was never entirely forthcoming,” Merkley wrote. “She was aware that she was being investigated in 1989 and again in 1993 when she agreed to the immunity deal with the government to avoid criminal felony prosecution. I know, because I was the Special Agent in Charge of the Investigation.”

One of the individuals convicted in the matter, John Blount, told E&E News that Stone-Manning knew of their plans to spike the local forest well in advance, but she was not involved in planning or executing the mission.

Stone-Manning told local media outlets at the time of the trial she waited until 1993 to inform federal authorities of her role in sending the letter because she was scared Blount would threaten her life. She also said she has always denounced tree spiking.

All 10 Republican members of the Senate Energy Committee called on Biden to withdraw Stone-Manning’s nomination in a July 14 letter.

The letter said her involvement in the incident, as well as her “false and misleading statements” to the committee about the incident, should disqualify her from leading the Bureau of Land Management.

The White House has remained supportive of the nominee amid the blowback.

“Tracy Stone-Manning is a dedicated public servant who has years of experience and a proven track record of finding solutions and common ground when it comes to our public lands and waters,” a White House official previously told the DCNF. “She is exceptionally qualified to be the next Director of the Bureau of Land Management.”

Democrats on the Senate Energy Committee said Republicans are trying to smear Stone-Manning with their fixation on the 1989 tree-spiking incident.

“The Tracy Stone-Manning I know is someone who spent the last 20-years-plus bringing people together from both sides of the aisle from all components of industry,” Montana Democratic Sen. Jon Tester said, according to the NYT.

“And [Republicans] are reaching back to her youth, to try to tar and feather her, because she’s been involved in politics in Montana,” Heinrich said. “I find it pretty ironic that all of these folks who’ve effectively ignored the domestic terrorism of Jan. 6 are suddenly very interested in what happened in the 1980s.”