The last week has seen something odd happening in political polls.

Despite a narrative of a red wave in the Midterms, several polls and betting sites have shifted to a considerably tighter race than many expect given the utter disaster that has befallen the average American over the past two years.

According to RealClearPolitics ‘Generic Congressional Vote’ aggregate survey index, the gap between Republicans and Democrats has narrowed significantly in the last week… 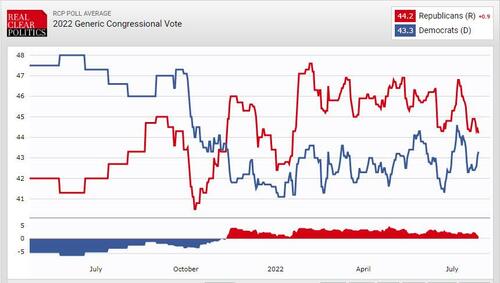 With regard the Senate, PredictIt has seen the odds of Republican control tumble in the last week… 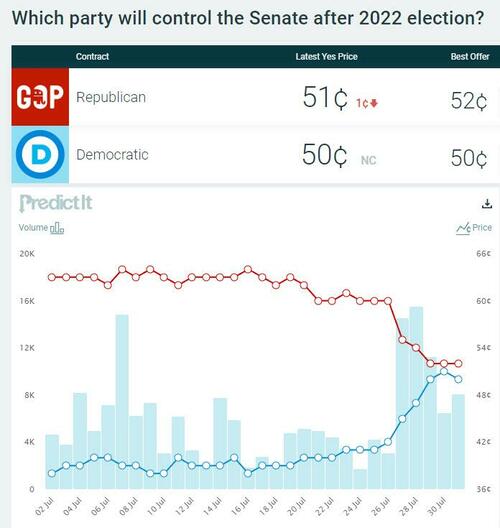 Republican control of the House and the Senate remains the most expected outcome, but is trading at just 52% currently (dramatically lower than the 75% odds in mid-June)… 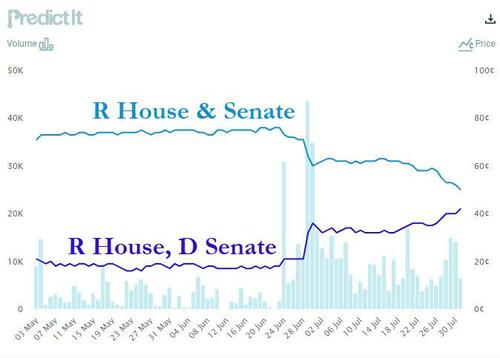 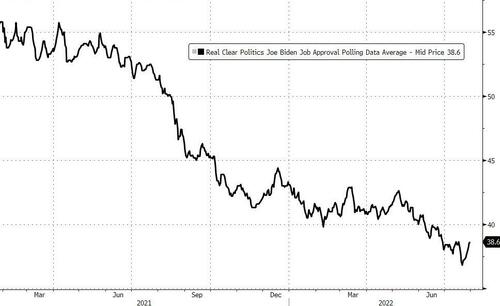 So what is going on? Are Soros’ minions pushing PredictIt around? Did the ‘Inflation Reduction Act’ really offer hope to Dems?

It’s unclear, and of course, polls are fickle. But, as Bloomberg notes, the state of the economy looms large in any US election and historically that spells big trouble for Democrats in November’s midterm vote.

A new study by Bloomberg Economics takes one gauge with a knack of predicting ballot outcomes – the misery index, calculated by adding up the inflation and unemployment rates — and projects it forward through election day.

The result: Based on past voting patterns, President Joe Biden’s party can expect to lose 30 to 40 seats in the House and a few in the Senate too, easily wiping out razor-thin Democratic majorities.

Democrats are hoping that that anger over abortion and gun laws and the Jan. 6, 2021 riots, but consensus remains that the left faces a significantly uphill battle.

“In the 2020 presidential election, the huge run-up in income due to the pandemic stimulus implied a Trump landslide, whereas the huge decline in GDP implied a wipe-out. Obviously, the truth was somewhere in between.”

Bear in mind that historically, since the Civil War, the party of the incumbent president has lost an average of 33 seats in mid-cycle house elections. 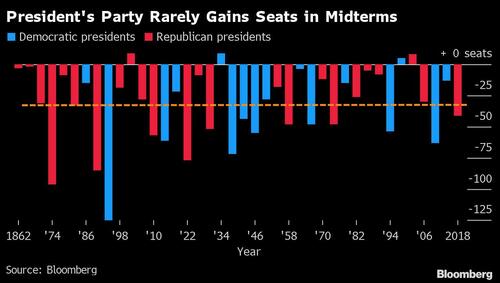 Additionally, the state-level numbers also make gloomy reading for Democrats. Some key battlegrounds like Ohio and Nevada have misery indexes higher than the national version. 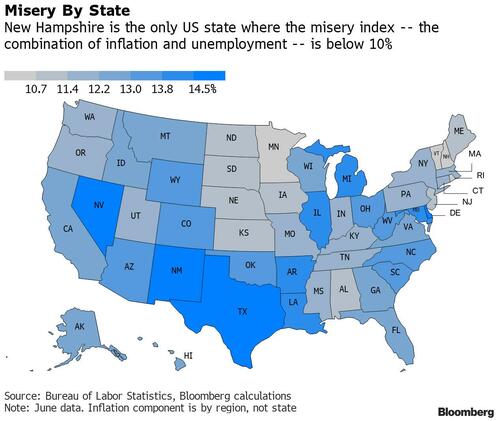 “When everyone is affected,” says Frank Luntz, the pollster, “the electoral impact is compounded.”

Finally, as a reminder, Americans’ Consumer Sentiment has never been worse (UMich) and our ‘adjusted’ Misery Index (avoids the fitting of BLS payrolls data and utilizes labor force participation rates) shows Americans suffering most since Jimmy Carter was president… 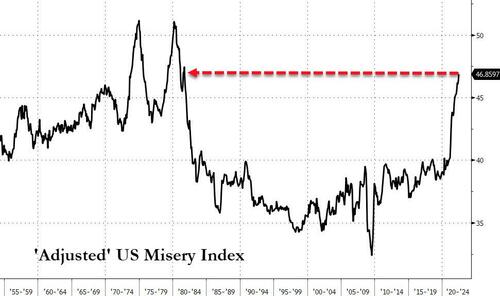 “The reason why the misery index still matters is that it’s really genuine misery for so many Americans,” Luntz says.

“Food and fuel inflation is so high and so universal, and impacts every voter in every community in every state.”

So what do you believe America? Suddenly diving poll data or historical precedent and real world misery?