Deutsche Bank is the latest Wall Street firm making cuts to its bonus pool, according to a new report from FT. Cuts of 40% are expected to be made for investment bankers, marking some of the largest cuts we’ve seen on the street since firms started announcing them prior to the holidays.

While investment bankers will see bonus cuts, traders will see increased payouts, the report says. Meanwhile the “overall bonus pool for Deutsche’s investment banking division would fall by less than 10 per cent”, people familiar with the matter said.

Fixed income will also see an increase in their pay after the unit posted 25% revenue growth in the 9 months leading up to September 30 last year. That trend continued into the fourth quarter, according to the report.

But revenue from investment banking, which makes its money off of dealmaking, was down 58% for the first 9 months of the year last year. A decline in leveraged loans for private equity deals and valuation losses also crippled the segment of Deutsche’s business.

Investment banking and dealmaking was crippled across Wall Street in 2022, with numerous major banks citing it as the key reason they have also cut bonuses heading into 2023. For example, days ago we wrote that Vis Raghavan of J.P. Morgan confirmed his firm wasn’t immune to the “anemic” year that investment banking had in 2022 and as a result, he told Bloomberg from Davos that bonuses would “absolutely” fall. 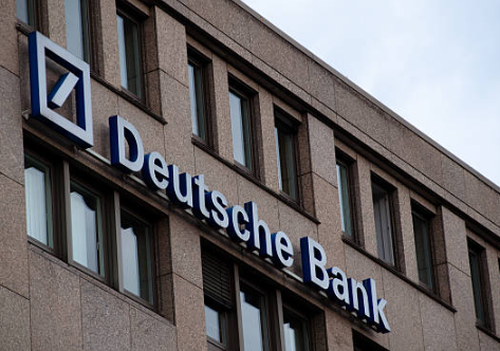 “All banks pay for performance, so if the performance isn’t there, the compensation isn’t going to be there,” he said.

Raghavan said the company’s markets desks had a “mixed year” and, despite anemic dealmaking and lower demand for equities, posted strong performances in “commodities, rates and macro, as well as volatility-based equity trades”.

Credit Suisse and J.P. Morgan join a number of Wall Street banks who laid off employees, cut bonuses or both after a torrid 2022. Goldman Sachs, for example, is set to lay off up to 4,000 employees, we noted last month. The bank was also “considering shrinking the bonus pool for its more than 3,000 investment bankers by at least 40 per cent this year”.

Also in mid-December, we wrote that Ernst and Young would be cutting its bonuses entirely. The company held an “all hands” meeting two weeks ago where it delivered the news to its employees. The company is in the midst of splitting its audit business from a tax and advisory business heading into 2023. Morgan Stanley’s Asia banker bonuses were also at risk by as much as 50%, we wrote days before that. In December, we also noted that Jefferies was considering slashing bonuses.