Amazon’s global AI event for machine learning, automation, robotics, and space is underway at ARIA Resort & Casino in Las Vegas, Nevada. One of the top scientists in charge of the smart assistant “Alexa” revealed to the audience that it would soon be able to learn the voice of a deceased loved one.

TechCrunch reports Amazon’s Senior Vice President and Head Scientist for Alexa, Rohit Prasad, spoke at the Amazon re:MARS 2022 this week and said an upcoming Alexa feature would synthesize short audio of a loved one into longer speech. He used a scenario of Alexa learning the voice of a dead grandmother that can then be used to read a bedtime story to a grandson.

Prasad said the new technology is awe-inspiring and can achieve high-quality audio output with just one minute of learning speech.

“This required inventions where we had to learn to produce a high-quality voice with less than a minute of recording versus hours of recording the studio.

“The way we made it happen is by framing the problem as a voice conversion task and not a speech generation path. We are on questionably, living in the golden era of AI, where our dreams and science,” he said. 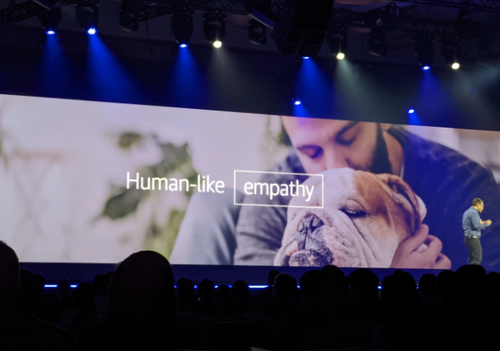 TechCrunch points out that details about the upcoming feature are limited, and there’s no timeline on when it will be released.

The technology sounds like the beginning of a “digital afterlife program,” made famous by the Amazon Prime Video show “Upload.”