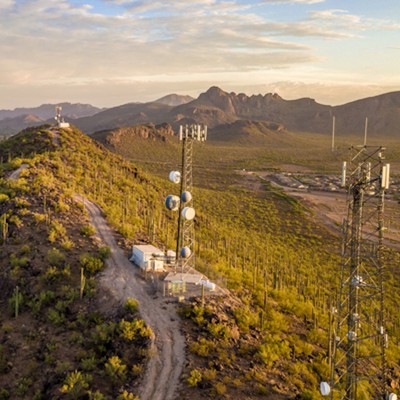 When broadband fails to reach indigenous tribes, the result is not only a lack of connectivity but also a scarcity of data that essentially masks their needs from the government, according to one expert.

The digital divide disproportionately affects underserved populations, and for tribal communities it is exacerbated by jurisdictional challenges, geographic coverage limitations and a lack of affordability, Traci Morris, executive director of the American Indian Policy Institute (AIPI), said in a recent webinar hosted by the Center for Data Innovation.

The rugged, rural nature of tribal lands poses challenges to broadband deployment. Some tribes live among mountains, in forests or remote areas, which makes it difficult to install necessary infrastructure and technologies.

A limited number of technically trained individuals to construct and maintain networks is another obstacle to broadband deployment, Morris said, as are rights of way issues that are complicated by the presence of multiple jurisdictions on the land, including tribal, state and county agencies. “Anything tribal has to go through the Bureau of Indian Affairs after it’s gone through all the other approvals, which can take time,” Morris said.

During the panel, experts discussed how the absence of technology and even staff on tribal lands restricts the amount of their information that can be gathered about native communities compared with other areas of the country, creating data divides. When American Indians and Native Alaskans are undercounted by the census, for example, their needs are too, according to the Center for Data Innovation’s recent report on the data divide.

Despite funding from the National Telecommunications and Information Administration to increase digital access and broadband on indigenous lands, “government officials cannot effectively grasp the scope of the problem,” because of inadequate data, the report said. Additionally, “tribal areas are often left out of geospatial mapping performed by broadband providers, which means getting an accurate picture of connectivity is nearly impossible,” it stated. As a consequence, “insufficient and ineffective resource allocation exists for broadband on tribal reservations.”

With 574 federally recognized tribes ranging from New York to Wyoming, proper data collection and assessment is challenging, especially when communities are “not comparable in terms of language, location, customs or any of that,” Morris said in the webinar.

Morris and fellow researchers have already faced challenges to comprehensive data collection on tribes. Due to the small population numbers, some organizations such as the Pew Research Center have forgone research on native groups because of their small numbers and limited sample sizes.

Information reported by telecommunication carriers used by federal entities such as the Federal Communications Commission, may also contribute to data discrepancies because of how inflated it is. For instance, a carrier may report an entire ZIP code as covered by broadband even if there is only one household that actually has service.

There have been efforts to improve the situation, Morris said. In Temecula, California, last summer representatives from various tribes met up to learn about broadband installation for the first tribal wireless bootcamp. The session focused on building, maintaining and troubleshooting wireless networks. Tribal broadband bootcamps are slated to continue next year as well.