Dip-Buyers Scramble Back Into Bitcoin, Ethereum After Crypto Carnage

Bitcoin roared $6000 higher off its intraday lows below $48k… 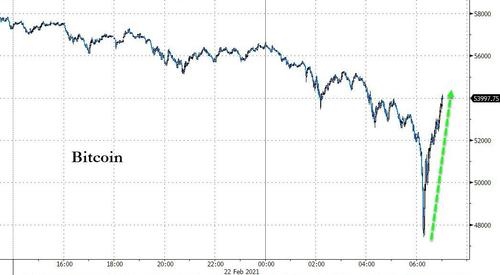 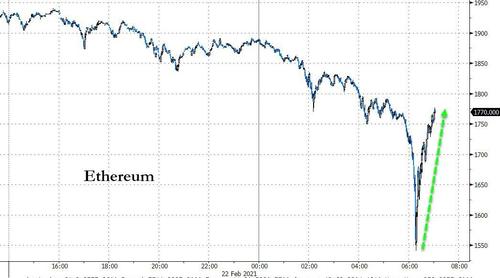 Bitcoin has collapsed back below $50k… 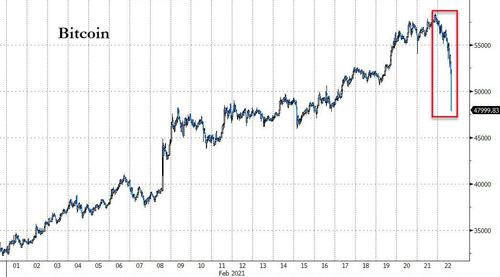 Ethereum is down a shocking 20%… 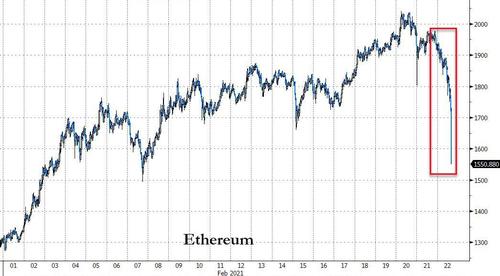 As ETH loses its recent gains relative to BTC… 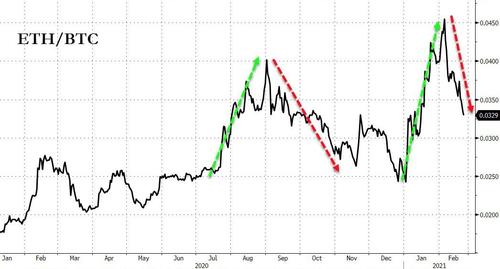 Crypto markets had a tempestuous weekend with surges and purges galore. The latest is a purge as Bitcoin tumbled back to a $52,000 handle (after topping $58k)… 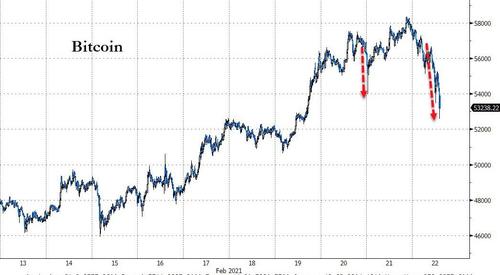 …and loses its ‘cuatro comas’ standard (for now)… 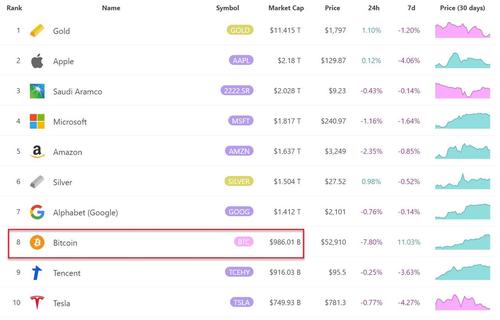 Ethereum was also clubbed like a baby seal, down almost $300 from its near $2050 highs over the weekend… 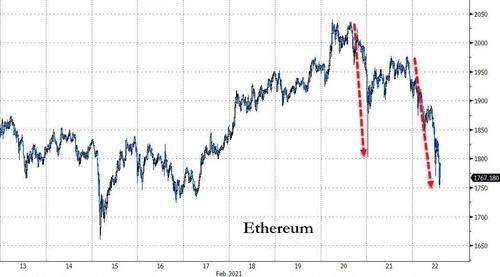 As we noted over the weekend, these drops follow comments from Elon Musk that BTC and ETH prices may be a little high

While a specific catalyst for the move is unclear, CoinTelegraph points out that prior to the pullback, CryptoQuant found that large BTC deposits were transferred to Gemini, one of the leading U.S. cryptocurrency exchanges.

Before the dip, there were significant $BTC inflows into all exchanges, mostly Gemini.

When whales deposit BTC into exchanges, it typically signals an intent to sell. Hence, it is likely that some whales took profit on their positions, causing the market to dip sharply in a short period.

However, whales selling large amounts of Bitcoin can cause a bigger correction than usual because it leads to cascading liquidations in the futures market.

Many overleveraged longs can get liquidated consecutively, amplifying the effect of the whale-induced sell-off. Data shows that over $1 billion worth of futures contracts were liquidated in the last 24 hours.

After the drop, traders are anticipating a gradual recovery. Scott Melker, a cryptocurrency trader and technical analyst, said that recent history indicates dips do not last long. He wrote: “I have no idea what happens here, but recent history shows that dips have not lasted long. Would love to see another slow float back up after this bit of selling. Of course we could drop, but each move like this of late has been a buying opportunity.”

Home Invasions: All The Ways The Government Can Lay Siege To Your Property