After coming perilously close to getting margin called into oblivion on Saturday, when liquidations sparked daisy-chained liquidations leading to collateral call cascades across the entire crypto sector, bitcoin and its digital token peers have staged a solid comeback in the past two days, with bitcoin bouncing back over $20K and ether rising as much as $1100, up almost 30% in 48 hours.

There was more good news on Monday, when Bloomberg reported that the Sequoia Capital China-backed Babel Finance – the distressed crypto lender which we previously reported had frozen withdrawals on Friday amid the relentless cascade in selling – said it won a reprieve on debt repayments. 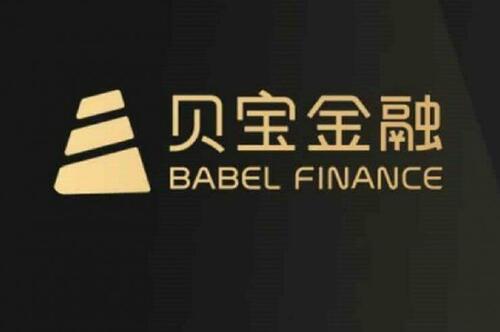 In a statement the company posted on its website, the Hong Kong-based Babel said it had “reached preliminary agreements on the repayment period of some debts, which has eased the company’s short-term liquidity pressure.” Co-founder Flex Yang told Bloomberg the company “will disclose to the public” once they’ve made progress.

“Given the current context of severe market volatility, Babel Finance’s management will continue to communicate closely with customers, counterparties, and other partners, and provide updates in a timely and transparent manner,” the company said in the statement.

Separately, Bloomberg reported that Babel is in talks with large institutions about potential solutions that include setting up a new entity to take over some of the debt. It wasn’t clear who that entity may be.

As discussed on Saturday, Babel’s difficulties – along with those of Celsius, a massive crypto shadowbank which similarly halted withdrawals a few days earlier – highlight the turmoil sweeping the crypto industry. Babel cited “unusual liquidity pressures” for its decision to halt withdrawals. It wasn’t clear when the company might open its platform for withdrawals or name the lenders it’s in discussions with, although it is likely that the price of biitcoin and ether will have to be notably above current prices.

The halt on withdrawals marked a sudden reversal of fortunes for Babel, which less than a month ago announced an $80 million funding round that put its valuation at $2 billion. The company had an outstanding loan balance of more than $3 billion at the end of last year.

And while Babel may have kicked the can briefly, attention now turns to one of the biggest crypto hedge funds Three Arrows Capital, which we learned last week has hired legal and financial advisers after the ongoing liquidation in crypto left it with massive margin calls.

Meanwhile, as of Monday afternoon in New York, Bitcoin was holding above $20,000, a level that Bloomberg Intelligence strategist Mike McGlone described in a recent note as “akin to about $5,000 in 2018-20 as part of what we see as the great reversion of 2022.”