(Do Not) Let The Games Begin!

Could Japan still cancel the Tokyo Olympics over COVID? 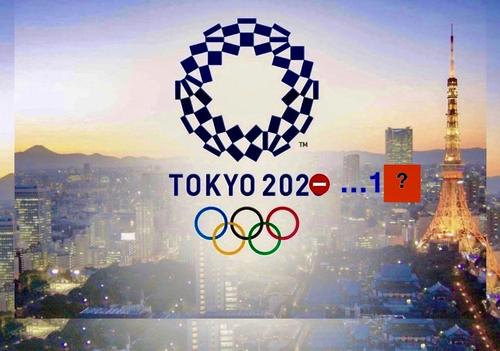 As Statista’s Felix Richter notes, recent comments from Prime Minister Yoshihide Suga have driven speculation that the Summer Games could be called off. As COVID-19 infections rise in Japan, public support for the Games continues to drop.

Just around 70 days ahead of the Games’ opening date, a poll conducted by TBS News found that 65 percent of Japanese wanted the Games cancelled or postponed again, with 37 percent voting to scrap the event altogether and 28 percent calling for another delay.

Japan has extended the state of emergency in Tokyo and three other areas until the end of May and is struggling to contain a surge of COVID-19 cases, raising questions about whether the Games should go ahead. Japan’s vaccination rate is also the lowest among wealthy nations.

The Olympic Games, which were already delayed by a year due to the pandemic, are set to open on July 23, with the International Olympic Committee (IOC) and organisers insisting that measures will be put in place to ensure the safety of athletes and visitors.

As the following chart shows, the Summer Olympics have only been cancelled three times in the modern era dating back to 1896. 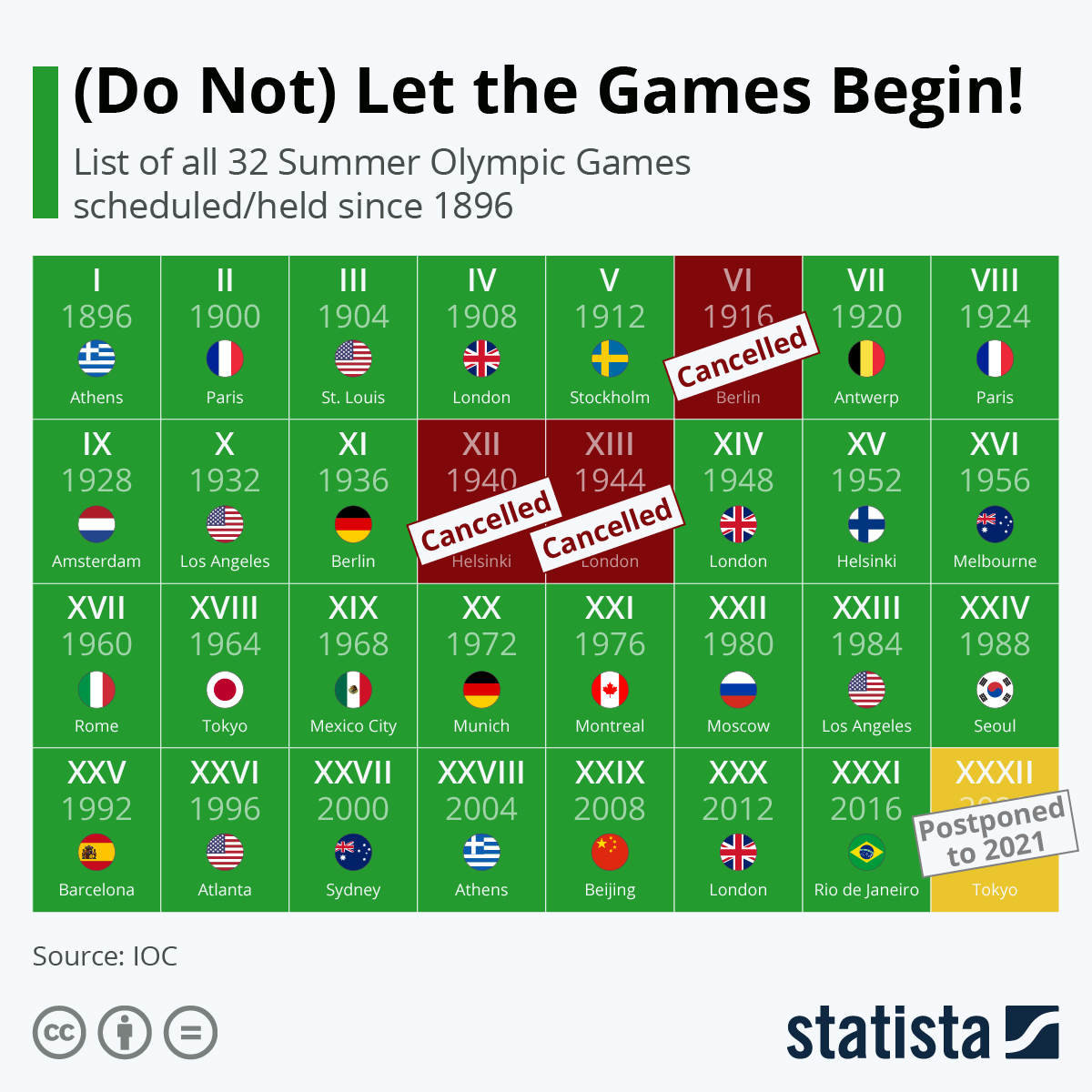 The 1916 games in Berlin fell victim to World War I and the 1940 and 1944 games, scheduled to be held in Helsinki and London, respectively, were cancelled due to World War II. Interestingly, the 2016 Rio games were also clouded by a health crisis, as many athletes refused to participate due to the ongoing outbreak of the Zika virus.