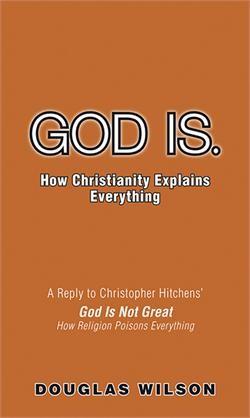 The following article, Does Anything Matter if This is True?, was first published on The American Vision.

We’re being told today that this matters and that matters, but without God nothing matters. Few people want to acknowledge that what we see happening today is a manifestation of the eternally present without any regard with the eternally just since there is no longer an ultimate Judge to judge. For example:

CNN’s Chris Cuomo ended a recent program telling viewers that America doesn’t need God; that what we need is within us.

“If you believe in one another and if do the right thing for yourself and your community, things will get better in this country. You don’t need help from above. It’s within us,” he said while pointing a finger to the sky. (Movie Guide)

Who can say that anything is right? And where “within us” is the “right thing” found? The human body can be examined down to the molecular level and no one will be able to find any “thing” that can tell us what is right or wrong.

Why is the topic “Does God Exist?” important? Because it has both temporal and eternal significance. Christopher Hitchens, author of God Is Not Great, says that religious faith “will never die out, or at least not until we get over our fear of death, and of the dark, and of the unknown, and of each other.” [1] Being afraid of the dark and other people do not have eternal consequences. The unknown can harbor uncertainties that should make us fearful, especially if the unknown means judgment based on what we do in this life. Hitchens had no empirical knowledge of what happens after death. Of course, he does now since he’s dead.

God Is: How Christianity Explains Everything

A Reply to Christopher Hitchens’ God is Not Great: How Religion Poisons Everything. A great introduction to presuppositional apologetics and the use of rhetoric.

Harry Houdini promised to return from the dead if he could, but he hasn’t. Vigils to his grave on Halloween were made religiously by his wife Bess and others for years. So, he’s no help. Jesus has, so we might want to listen to Him. Hitchens was blind to his own earthly future and what awaited him after death. Since he believed there is no God, he could only believe that there is no judgment by God. If he is wrong about there being nothing after death, the results are forever. He seems to have been willing to take that chance.

There is temporal significance to a belief in an eternal “dirt nap” with no judgment to follow. If after death a mass murderer and a philanthropist receive the same end, why should there be a difference in their actions this side of the grave? Katherine Hepburn, a prominent atheist and one of Hollywood’s most celebrated actresses, told the Ladies’ Home Journal in the October 1991 issue, “I’m an atheist, and that’s it. I believe there’s nothing we can know except that we should be kind to each other and do what we can for other people.” If there’s nothing we can know, then how did she know about the kindness thing?

Are we obligated to be kind to other people? Who ultimately makes the judgment if there is nothing greater than molecules in the vastness of the cosmos? Certainly, molecules aren’t telling us to be kind. If they are, then who or what told them? Hitchens argued that religious faith is the result of the evolutionary process. [2] Why can’t the same thing be said for views of morality? Maybe Adolf Hitler was ahead of the evolutionary curve, and we have not evolved enough to see it. How does anyone know?

“We must not be satisfied to present Christianity as the most reliable position to hold among the competing options available. Rather, the Christian faith is the only reasonable outlook available to men,” writes Dr. Greg L. Bahnsen, author of Against All Opposition.

Atheists are making their “this-is-the-only-life-you-have” worldview an advertising slogan. London buses have been outfitted with the following banner ads: “There’s Probably No God. Now Stop Worrying and Enjoy Life.” [3] The sponsors hope the postings will get people to question the existence of God: “This campaign to put alternative slogans on London buses will make people think—and thinking is anathema to religion,” the promoters argue. “[Richard] Dawkins said that as an atheist he ‘wasn’t wild’ about the ad’s assertion that there was ‘probably’ no God.” [4] If there is no God, then who gets to say what constitutes enjoying life? Are there any restrictions on enjoying life? If there are, then who gets to set the restrictions and why?

The issue is not whether atheists are moral people. Some are, and some aren’t. The more significant question is, How do atheists account for morality given the fact they believe humans are a “mass” of evolved chunks of gooey matter that only look like they are designed. [5] For example, atheists collected donations for earthquake victims in Haiti. In a single day an atheist charity received donations of $80,000 from as many as 3,400 donors. By day three they had raised $113,000. Atheist evangelist Richard Dawkins committed to match donations up to $9,300. Bravo! But other atheists could make a case that sending money to help people who can’t help themselves is contrary to the survival of the fittest doctrine. Again, it’s not that atheists can’t do moral things; rather, it’s the things they do are not moral or immoral given the materialistic parameters and limitations of their worldview. Douglas Wilson explains it this way:

One of the common features of these atheists is a very high level of moral indignation [against Christianity.] But given the premises of their worldview, they have no basis for their indignation. If there is no God, and everything is really just atoms banging around, why should it matter which way the atoms bang? Actually, all of these atheists surreptitiously borrow many of the standards of Christianity in order to assail Christian belief. [6]

An atheist is an “interloper on God’s territory. Everything he uses to construct his system has been stolen from God’s ‘construction site.’ The unbeliever is like the little girl who must climb on her father’s lap to slap his face…. [T]he unbeliever must use the world as it has been created by God to try to throw God off His throne.” [7]

Atheists know they cannot be truthful about the full force of their worldview otherwise they would not be able to sell it to the world. Who, except an evolutionary scientist who has a career and reputation in the scientific community to protect, would identify with a worldview that at its base is founded on a materialistic premise that claims that humans are a conglomeration of mixed atoms that have worms as one of their biological relatives, worse, that “the worm represents a very simple human”? [8]

According to prominent biochemist and Editor-in-Chief of Science magazine Dr. Bruce Alberts, our study of genes has made us “realize humans are more like worms than we ever imagined.” [9] This is like saying the literary works of William Shakespeare and the novels of Amanda McKittrick Ros, [10] which Mark Twain described as “hogwash literature,” are comparable because they use the same 26 letters of the English alphabet or that Plan 9 from Outer Space and District 9 are artistically similar because they both have the number “9” in the title.

The fact that other life forms have DNA and that some or even much of it is found in humans in no way means that worms, bananas, or chimpanzees are in any way related to humans. All automobiles share common functioning parts, but this does not mean they are related by evolutionary extension.

A comprensive study of biblical apologetics applied to the wordviews of the day, covering everything from atheism and cults to UFOs and science and miracles.

The story is told of a visit of the behaviourist psychologist Professor Burrhus Skinner to lecture at Keele University [in England]. After Skinner had given his formal lecture, in which he emphasized an objective, mechanistic description as a total explanation of man’s behaviour, he was invited to have an informal chat with the professor who had chaired the meeting. Skinner was asked whether in fact he was at all interested in who he, the chairman, and others were. Implacable, Skinner replied: ‘I am interested in the noises that come from your mouth.’ [11]

Skinner was trying to be as consistent as his deterministic worldview would allow him to be. There are no words with real meaning that emanate from one of our frontal orifices; they are only noises. In a similar way, the same can be said for moral attributes. They can only be observed and noted as things that these flesh and blood sound machines emit. So even if an objective morality were proven to exist in a world explained in terms of atheistic assumptions, there is no inherent obligation to observe any of it.

Continue reading Does Anything Matter if This is True? … 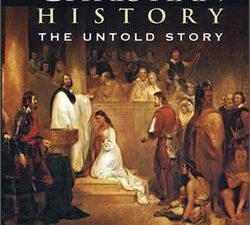 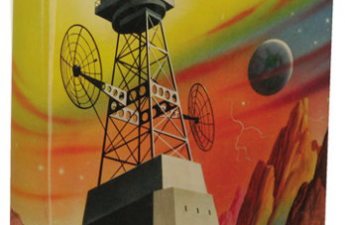