A DOLLAR General shopper has claimed that the self-checkout kiosk began dispensing cherry tomatoes instead of her change.

TikTok-user, @ashlie_mgbaileesmom, shared the bizarre occurrence in a viral video that has racked up over 150,000 views.

The video shows a young women pulling a handful of cherry tomatoes out of the coin dispensing cup, before more began to pour out of the machine.

The unnamed woman in the video appeared shocked at the technology glitch.

“Why would they give you tomatoes for change, for real?” she questioned.

“You cannot literally make this up,” the other responded. 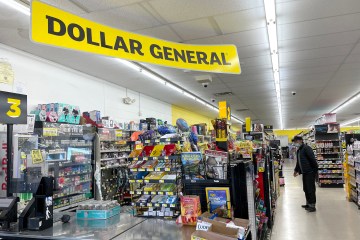 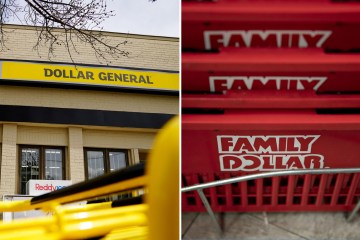 Ashlie did not offer an explanation as to how the tomatoes got inside the machine, or whether the popular retail store ever reimbursed her with proper change.

Nevertheless, other social media users were quite amused by the video.

“Tomatoes are the currency of the future,” one person commented.

Some people took the opportunity to poke fun at grocery prices amid rising inflation.

“With the cost of food I wouldn’t be mad. Like I wouldn’t be happy but also I’d be like ‘ok we’ll this is like $6 worth of tomatoes so’ ha,” another person added.

One person questioned if Dollar General even supplies such produce.

“Dollar general doesn’t even sell fresh vegetables, where did they come from?” they asked.

According to Ashlie, an employee closed down the self-checkout area shortly after she reported the incident.

Dollar General did not immediately respond to The U.S. Sun’s request for a comment on the situation.