Among the biggest losers over the last 48 hour tech stock volatility has been…well, everything in Cathie Wood’s “flagship” ARKK portfolio.

Ergo, Wood’s ARKK fund has continued its dismal year, looking as though it could be heading back toward double digits any day now. 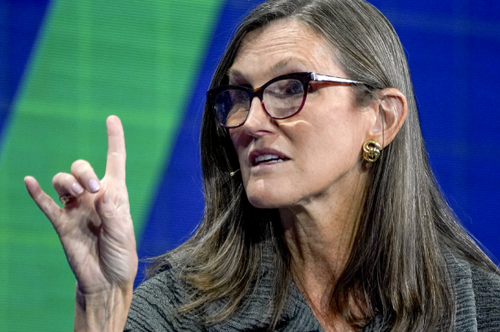 Astute observers online are also starting to point out what can only be described as a massively widening delta between ARKK and all major indexes – to the tune of a whopping 40%!

How long can investors ignore numbers like these from their favorite “active manager” before funds begin a deluge out of the way of all things Cathie Wood?

Bloomberg noted that the ARKG ticker is down 27% year to date and has suffered about $520 million in outflows. 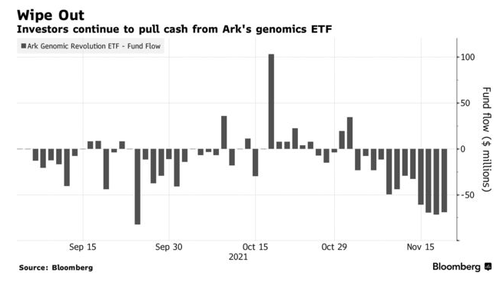 That fund compares to the NASDAQ Biotechnology Index, which is up 10.49% this year, the report noted.

ARKG currently trades at a level lower than where it was a year ago. Key components like Exact Sciences and Teladoc are down 37% and 45%, respectively, this year.

Nate Geraci, president of The ETF Store, told Bloomberg: “It’s interesting that typically loyal Ark investors have been bailing on the ETF. The fund’s assets have been chopped in half since February. While I don’t believe the ETF is experiencing some of sort of ‘doom loop,’ clearly the outflows are putting downward price pressure on the underlying holdings and testing the will of remaining fund owners.”

To make matters worse, an ETF that has been established strictly as a vehicle to bet against Ark, has been getting all of Cathie Wood’s positive press.

Trading under the ticker SARK, the Tuttle Capital Short Innovation ETF is up about 14% since it launched two weeks ago. The fund “seeks to track the inverse performance of Wood’s ARK Innovation ETF through swap contracts,” according to Bloomberg. 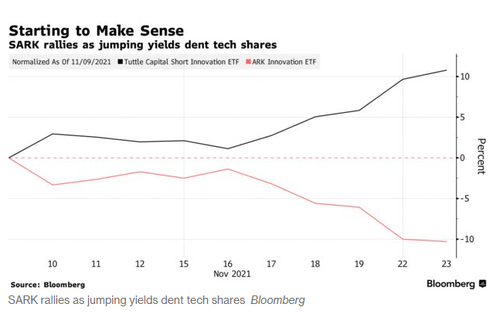