By Matt Stoller, author of the BIG Substack

“It’s truly amazing that 2.4 million people got tickets, but it really pisses me off that a lot of them feel like they went through several bear attacks to get them.” – Taylor Swift 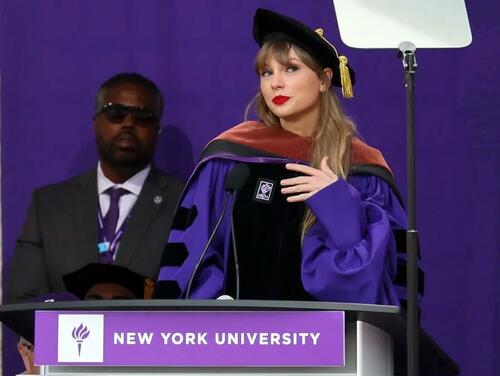 Over the past week, there has been fiasco in the sale of Taylor Swift tickets, with millions of angry fans despondent at not being able to see their favorite singer, and frustrated at the incredibly poor service, inexplicable pricing, and high fees of the Ticketmaster software system used to sell them.

Swift is the most popular artist in America, and hadn’t done live shows for four years. When she announced a tour, Ticketmaster was the ticketing agent. Due to under-investment in its platform, the corporation’s site and app crashed, unable to handle the demand for tickets. Somehow, though, scalpers managed to get plenty of tickets and put them on sale for much more than the original list price.

Why was Ticketmaster’s system so poorly structured? To answer that it helps to look at the firm’s stock price. In the face of such a high-profile embarrassment, a firm without market power would suffer in the marketplace. Investors would assume that customers would switch to a competitor’s services, much as, say, Ford’s stock drops when it has to do a recall of a line of cars. But Live Nation’s stock didn’t move at all. No investors were afraid that artists or venues would use a competitor’s software system. Because they can’t. There aren’t any meaningful rivals.

And so Swifties, as they are known, demanded answers. These kinds of bitter cries tend to go into the void, just one more piece of evidence we have too many greedy people at the top and a government that cannot act. But this time, something different happened. Yesterday, David McCabe reported that the Department of Justice Antitrust Division has been investigating Live Nation, the parent company of Ticketmaster, for antitrust violations. And THAT revelation caused the stock to drop.

Members of the antitrust division’s staff at the Justice Department have in recent months contacted music venues and players in the ticket market, asking about Live Nation’s practices and the wider dynamics of the industry, said the people, who spoke on the condition of anonymity because the investigation is sensitive. The inquiry appears to be broad, looking at whether the company maintains a monopoly over the industry, one of the people said.

The Ticketmaster monopoly story goes back to the 1990s. It started with a merger. In 1991, Ticketmaster acquired its main rival in computerized ticketing, Ticketron, which put 90% of the ticketing business in the hands of one firm. This was a milestone. Indeed, Ticketmaster brags about this unlawful merger on its own website.

Three years later, the fees for ticketing had gotten out of hand. So Pearl Jam, then the biggest band in the world, got mad. The band was angry at the high prices and hidden fees the firm charged their fans, and they wanted a straightforward ticket price – $1.80 service fees clearly spelled out on $18 tickets, which was lower than what Ticketmaster sought. But Ticketmaster refused. So the band boycotted what was the then-new Ticketmaster monopoly. They ran a pressure campaign, testifying to Congress, embarking on a lobbying campaign, and pointing to the firm’s acquisitions of rivals and other underhanded tactics in its attempt to control the industry.

Ticketmaster struck back, bribing music venues to only accept Ticketmaster as a booking system, which meant that Pearl Jam couldn’t play at most normal locations. Pearl Jam’s 1995 tour was thus a catastrophe, because they had to play in places like sporting fields which couldn’t hold concerts, so most of their shows were canceled. The cost to Pearl Jam was in the millions, and it devastated the band. This was a remarkable potential moment for antitrust enforcement, with the biggest music act in the world brought to its knees by a ticketing monopoly.

And yet, enforcers did nothing. Under Clinton, Bush, Obama, and Trump, Ticketmaster grew, buying up rivals, becoming more and more powerful. Then, enter the other major powerhouse of the industry, Live Nation, a firm that rolled-up live events until it ultimately became the world’s largest concert promotion company. Live Nation was sick of paying Ticketmaster’s fees, and the two firms had been battling at the bargaining table. Finally Live Nation simply built its own ticketing software and threatened to compete directly with Ticketmaster. Competition would have hit profits for both firms. So instead the two worked out a deal to merge, so the combined entity could have all the fees – and more – to itself.

This new giant of the industry would open the door to an array of opportunities to grab cash. The merger combined the biggest owner of venues, the monopolist of ticketing software, and Front Line Management, a roll-up of artist management firms that came to control most of the biggest names in the business, making Live Nation the most powerful live entertainment firm America had ever seen.

The deal was so outrageously arrogant that the combined firm was to be chaired by Irving Azoff, who – in a New York Times profile – confessed himself a serial liar and talked about how he put pictures of himself giving the middle finger on his own stationary. Initially, people thought Obama, who had talked tough on antitrust on the trail, would block the merger. Not doing so would look weak. If you weren’t going to go after Ticketmaster, the scourge of the 1990s, then would you go after anyone?

But the Obama administration approved the merger, with Antitrust Assistant Attorney General Christine Varney leading negotiations over what concessions Live Nation would have to offer. Immediately after the merger, Live Nation began violating its consent decree with the Antitrust Division, charging outrageous fees, and not stopping the sale of tickets to bots. It suppressed competitors who had developed ways of blocking scalpers, like Songkick. Live Nation acted in such bad faith that the Trump Antitrust Division eventually had to rework the consent decree.

Today, the choice by the Obama administration looks inexplicable. “The people who came in to oversee this transaction were very interested in doing everything imaginable to create more competition in ticketing in the marketplace,” said former Antitrust Division chief counsel Gene Kimmelman, who worked on the deal. “We were frustrated that the options were unbelievably limited.”

The concerns of Obama-era enforcers weren’t outlandish. From the 1980s onwards, it had become increasingly hard to prevail in antitrust claims. This ideological turn is one reason Clinton didn’t act despite Pearl Jam’s advocacy, and why the Bush, Obama, and Trump administrations allowed it to fester and worsen.

The post-1982 model used in antitrust cases, known as the consumer welfare standard, made it hard to show harm, because large firms could claim they were large not because they engaged in predatory behavior, but because they were efficient. And plenty of bought-off people in the industry would validate Live Nation, and very few opponents – after seeing what had happened to Eddie Vedder – would be willing to speak out publicly for fear of retribution. By the Obama administration, antitrust enforcers had come to see themselves as deal-makers, working with merging firms to help them make deals, rather than law enforcers trying to constrain corporate power.

But then something changed. Starting in the early 2010s, but then picking up steam over the decade, a new anti-monopoly movement began challenging the standard by which dominant firms such as Google and Amazon acquired their power. A range of writers, lawyers, businesspeople, workers, and ordinary citizens began learning, reading, researching, and talking. While a lot of people assumed that big tech was the only focus, the target was much broader. In 2021, my organization released a report called Courage to Learn, in which we highlighted a litany of Obama antitrust failures, including allowing the Ticketmaster/Live Nation merger. We recommended that the incoming Biden administration appoint new enforcers and engage in a far more aggressive strategy, including “unwinding” that merger.

Joe Biden listened. He appointed Jonathan Kanter to the Antitrust Division, and Lina Khan to the Federal Trade Commission. And they embarked on a series of new choices within the agencies, sparking controversy and in some cases bitterness within the white collar antitrust bar. A month ago, we published a research report on Live Nation, and were part of a coalition of fans and artists called Break Up Ticketmaster. 40,000 people have since asked for action.

And then came the Taylor Swift fiasco. It’s deeply embarrassing for the antitrust enforcers who facilitated the Live Nation merger, because the premise of their merger was that bigness begat efficiency. And yet the firm couldn’t handle an easily predicted demand spike that it induced by sending out marketing codes to Swift fans.

Politicians began speaking out, such as the state attorneys general of Tennessee and North Carolina, who pledged investigations. Members of Congress wrote letters to the Department of Justice, and Senators Amy Klobuchar and Mike Lee said they would hold hearings. And yet, the firm itself acted as a monopolist would, treating the fiasco as something of a joke. The first words out of a Live Nation executive at the Liberty Investor meeting two days ago was “Everyone has a Taylor swift ticket underneath their seat.” The harm Live Nation caused was irrelevant to its owners, who profited mightily regardless. Then, when the Chair of Live Nation, Greg Maffei, was asked on CNBC about the ticketing fiasco, he blamed… Taylor Swift.

Finally, Swift herself spoke out. On Instagram, she expressed anger at the exploitation of her fans. “It’s really difficult for me to trust an outside entity with these relationships and loyalties,” she said, “and excruciating for me to just watch mistakes happen with no recourse.” The statement was mostly heartfelt and personal, but the ‘no recourse’ phrase suggests something else. ‘Recourse’ is not the word choice of a songwriter, but of a lawyer trying to make a point about market power. Swift – or perhaps Swift’s lawyer – is saying that Ticketmaster is, as it was when Pearl Jam was the biggest act in the world, a monopoly. “We asked them,” she said, “multiple times, if they could handle this kind of demand and we were assured they could.” Even Swift, as the most powerful artist in music, could not prevent her fans from being cheated by Ticketmaster.

And now we know the Antitrust Division is on the case. It’s going to take time for this suit to move forward. They’ve been doing interviews for months, but there’s more work needed to put together a complaint. To some extent the lawyers can short-circuit the process since there’s a consent decree, but a judge will still drag it out. There are many more wrinkles to the Live Nation antitrust case. But that’s the gist of it.

It’ll be interesting to see if Live Nation decides to throttle back a bit on its fees, alleged coercive practices, and rumored retaliatory behavior. Firms in the crosshairs often do, and that’s probably why the stock went down, an expectation from investors that Live Nation might have to eat some margin loss for PR purposes. Somehow, though, I suspect they won’t. Live Nation is still guided by its original chairman’s love of putting up a middle finger to the world.

That’s what at least two generations of music fans have experienced.