Novavax, one of six US companies that received hundreds of millions of dollars upfront from the US government to develop a COVIID-19 vaccine, has just released preliminary data from its Phase 3 trials. The data showed the vaccine was 89.3% effective in the UK branch of the trial. 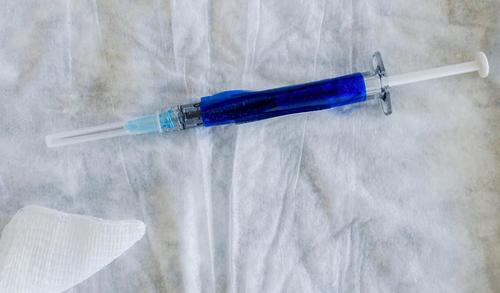 Vaccine trials were held in nearly half a dozen countries, but in the UK, 62 people (out of roughly 15K) came down with COVID-19 symptoms after receiving either the vaccine or a placebo. Of these, six had received the vaccine, while 56 had gotten the placebo.

Yet, in a separate, middle-stage study in South Africa, the trial data suggested the vaccine was much less effective. In South Africa, the Novavax shot was about 49.4% effective against Covid-19 in the study. Preliminary results showed that more than 90% of the sick subjects for whom sequencing data were available were infected with the new variant circulating in South Africa.

The news comes at an inopportune time: A few hours ago, the CDC revealed that the first two confirmed cases of the hyper-infectious South African COVID mutation had been confirmed in South Carolina.

In a separate Novavax trial held in South Africa, the efficacy was significantly lower. In a small trial the rate of protection was just 50%. Almost all the cases that scientists have analyzed there so far were caused by the mutated strain, known as B.1.351.

What’s even more disturbing: The data also showed that many trial participants were infected with the variant even after they had already had COVID-19.

Novavax tried to put a bright spin on the results.

“We have the first trial — we are the first to conduct an efficacy trial — in the face of a changing virus,” said Stanley Erck, the president and chief executive of Novavax. He said that researchers expected the variants could change the trial results, but “the amount of change has been a bit of a surprise to everyone.”

However, there’s no denying the fact that scientists like Dr. Anthony Fauci who repeatedly claimed that the vaccines would provide enduring protection despite mutations of the virus were clearly exaggerating their level of certainty. But that’s not the first time the data has gone against “the science”.