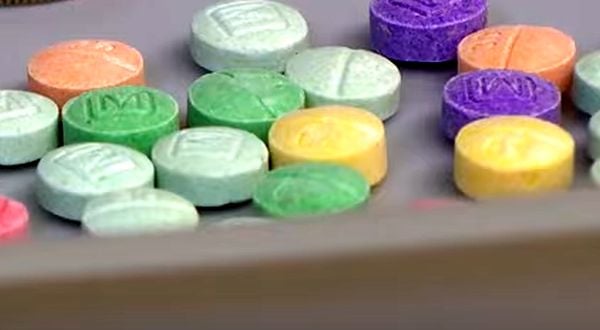 A Mexican drug cartel is not making rainbow fentanyl to addict kids, an operative told Insider.

A Sinaloa cartel operative says that the invention of rainbow fentanyl is to warn adult users that the pill they’re about to consume contains fentanyl, according to Insider. The new candy-colored form of fentanyl has been repeatedly seized at the border for months.

“We know that some of the dealers in the US started mixing cocaine with ‘fenta’ without letting their buyers know, and that is very dangerous,” the operative told Insider.

The colorful drug form was created “to make it look different than coke or white heroin,” a Sinaloa cartel drug cook explained, according to Insider.

“Also we mix some of the heroin with fentanyl to make it more powerful, but we mark it, to let the buyer know that this one has ‘fenta,’” the operative added. “Whatever happens when it’s taken from our hands, it’s not our problem.”

“Rainbow fentanyl—fentanyl pills and powder that come in a variety of bright colors, shapes, and sizes—is a deliberate effort by drug traffickers to drive addiction amongst kids and young adults,” Milgram said. “The men and women of the DEA are relentlessly working to stop the trafficking of rainbow fentanyl and defeat the Mexican drug cartels that are responsible for the vast majority of the fentanyl that is being trafficked in the United States.”

More than 100,00o people in the U.S. from drug overdoses, largely fueled by fentanyl in 2021. The drug is 50 to 100 times more potent than morphine, according to the DEA.

“We get all the blame for the deaths, but we send a clean product, pure quality ‘fenta,’ or if its blow, just blow,” the cartel cook said. “If we are adding ‘fenta’ to the heroin, we are very clear that our batch has ‘fenta’ in it.”

The DEA didn’t respond to a request for comment.