By Greg Miller of FreightWaves,

Yet another sign of stress for energy supplies and global supply chains: Spot rates for large dry cargo ships just topped $80,000 per day for the first time since 2009, and freight derivatives for the fourth quarter — a period when rates for these vessels normally pull back — just spiked. 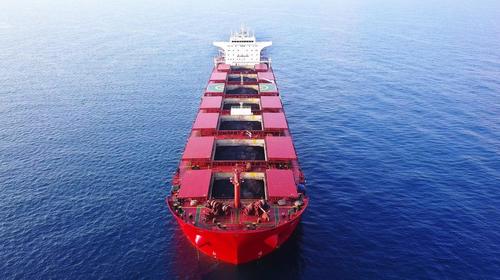 Not long ago, it was a different story. On Sept. 20, headlines were dominated by Chinese property developer Evergrande and its impending collapse; fallout to construction and steel demand would assumedly hit future Chinese buying of commodities carried on dry cargo vessels.

Dry bulk stocks plunged. While spot rates for Capesizes (bulkers with capacity of around 180,000 deadweight tons) held firm at $53,800 per day, forward freight agreement (FFA) derivatives did not. Amid what one broker called “mayhem,” the Q4 FFA contract sank to $36,750 per day, with the December contract all the way down to $29,500. The FFA market signaled: Party over.

Two weeks later, it has a new message: Party not over. Festivities shall continue until year-end.

As of Tuesday, spot Capesize rates were up to $80,877 per day, based on the Baltic Exchange 5TC index. That’s 50% higher than two weeks ago when sentiment briefly dimmed.

Fears on Chinese property development still loom large, but now there’s an even bigger spotlight on Chinese factory blackouts due to electricity rationing and dwindling coal supplies in both China and India.

More coal to keep the power on in the winter should equal higher bulker rates.

FFAs have shot up even faster than physical rates, accelerating their rise on Tuesday. “There are few superlatives appropriate for the price moves,” wrote brokerage Clarksons regarding Tuesday’s FFA trading, citing “monstrous gains.”