The US Department of Agriculture will release a report Friday that might show ranchers sent the fewest cattle to feedlots in a decade. Cattle generally spend several months at feedlots while they grow and gain body fat and muscle before being transported to a meat packing plant. Fewer cattle at feedlots may only imply dwindling beef supplies and high prices at the supermarket.

Bloomberg’s average estimate for cattle placed into feedlots in October is about 2.17 million, a decline from nearly 2.5 million in early 2019 (right before the virus pandemic), and the lowest level since 2012. 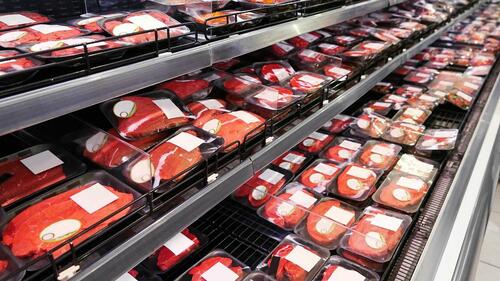 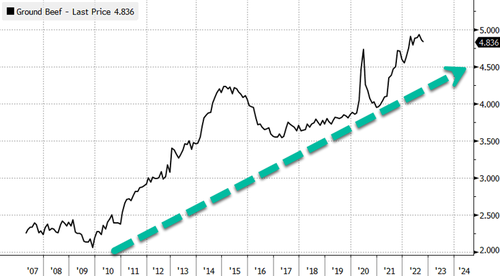 But don’t worry because supermarkets are finalizing plans to stock insects on their shelves and market them as an affordable food source for people struggling to purchase groceries.

Just remember, who wants you to eat bugs… 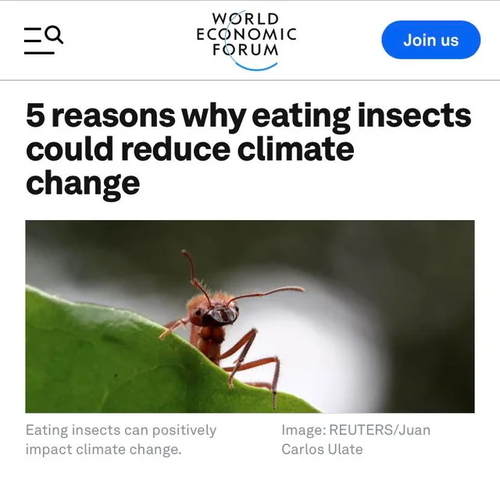 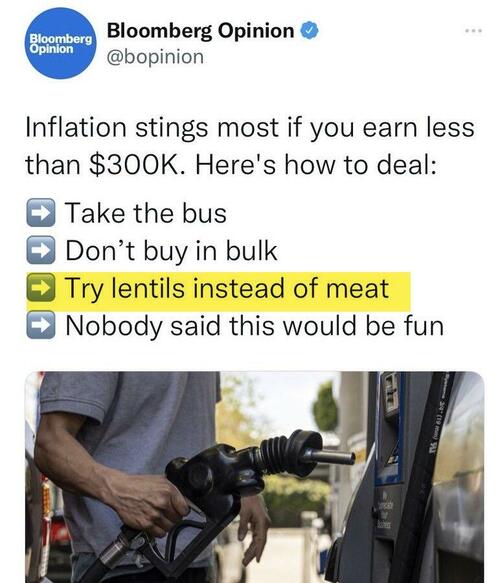 Besides beef, food inflation remains at the highest levels since the late 1970s, crushing the pocketbooks of Americans as they drain their savings and rack up credit card debt just to buy essentials. 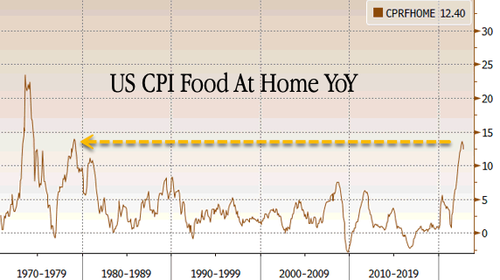 Perhaps readers should ignore WEF’s messaging to eat bugs, as well as Bloomberg’s op-ed writer that advised people to eat lentils — how about venturing into the great outdoors and becoming a hunter. That could be your ticket to inexpensive grass-fed venison.