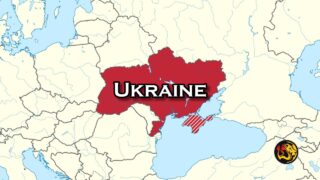 IZYUM/BUDAPEST (Worthy News) – The European Union has expressed “deep shock” at the mass graves discovered by Ukrainian officials in territories recaptured from Russia in eastern Ukraine. On Saturday, recovery operations continued after several civilians were reportedly killed in a new round of Russian shelling.

Clouds were hanging over this area, and there was rain as emotional Ukrainians dug between the many makeshift graves in a pine forest at the edge of Izyum city.

There was brief joy here that Ukrainian forces recaptured Izyum as part of a significant counter-offensive to halt Russia’s invasion of Ukraine.

But now, the stench of death fills the air as a mass exhumation of some 440 graves near Izyum.

Slowly but surely, the earth reveals its secrets to shocked investigators uncovering the human remains of men, women, and children presumably killed by Russia’s military. “We have information about several people killed by the Russian artillery and missile strikes. We also know about graves of civilians tortured and killed by Russian forces,” noted Oleksandr Filchakov, the head of the regional Kharkiv prosecutor’s office.

“At this grave, we found a body with a rope around the neck, with injuries on the limbs. These are all indications of torture,” the prosecutor added while showing the site.

As grim details emerged, the Czech Republic, holding the rotating European Union presidency, called for a “special international tribunal” into the deaths.

Borrell stressed that the Russian forces’ “inhumane” behavior must stop immediately. He added that Russia’s actions are “in total disregard of international humanitarian law and the Geneva conventions.”

Borrell noticed that “Russia, its political leadership, and all those involved in the ongoing violations of international law and international humanitarian law in Ukraine will be held accountable,” he pledged. “We condemn these atrocities in the strongest possible terms,” he added.

He spoke as Pavlo Kyrylenko, the governor of Ukraine’s eastern Donetsk region, said two civilians were killed on Friday after Russian shelling in the cities of Bakhmut and Sviatohirsk. The governor of the Kharkiv region, Oleh Synyehubov, said an 11-year-old girl was killed in a Russian rocket attack in the town of Chuhuiv, in the eastern Ukrainian region.

Synyehubov recalled that the rockets also caused damage to “critical infrastructure, the private sector, an enterprise, and a gas station.”

The alleged atrocities are revealed at a time when Kyiv claims to have recaptured over 8,000 square kilometers or 3,000 square miles this week in the northeastern Kharkiv region.

Ukrainian President Volodymyr Zelensky said he would not give up the battle despite concerns that an increasingly desperate Russia could use nuclear weapons to halt the counter-offensive. “Making a deal with Russia out of fear for what they could do would be even worse,” he said.

“This would definitely be the beginning of World War Three. Because it would allow Russia or other countries considering something like this or the leaders or those poor people who choose such autocrats, to use these weapons and take territory or threaten others with nuclear weapons, take territory and torture people,” the president warned.

He believes that Russia already uses Ukraine’s massive Zaporizhzhia nuclear power plant, which it captured, as a pre-positioned atomic weapon to threaten millions of people.

Critics argue that Putin falsely claims the invasion is necessary to save Russian speakers from genocide in the Donbas area as Russian-backed separatists have occupied it since 2014.

The Kharkiv region, where Ukraine’s recent counter-attack was launched, is not part of the Donbas.

It underscored indications that Russia intended to take over Ukraine but was forced to withdraw from many areas after fierce resistance by the Western-backed Ukrainian army.

Russian troops even withdrew from the region near Kyiv, the capital, where hundreds of people gathered Saturday to say farewell to beloved Ukrainian ballet dancer Oleksandr Shapoval, killed recently in fighting in eastern Ukraine.

Some dropped to their knees, and others clapped as soldiers carried his casket draped in a Ukrainian flag into the National Kyiv Opera, witnesses said.

Relatives, colleagues, soldiers, and fans came holding flowers, walking past photos of the artist on stage and on the frontlines.

Shapoval’s two teenage daughters were in the crowd. The 47-year-old had been a ballet dancer with the Kyiv Opera since 1994.