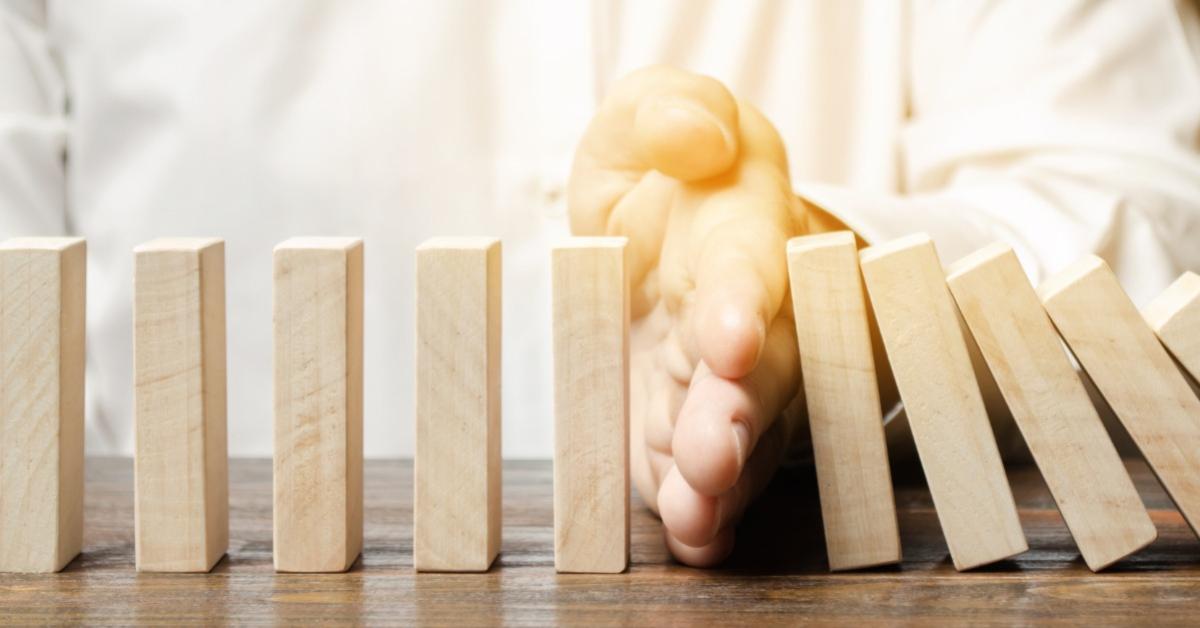 Wouldn’t it be nice to permanently rid ourselves of economic crises? In a previous article, I showed that the waste of the boom and the cost of the bust are brutal even using the best recovery policies available. Here I unveil the reason for the ongoing boom-bust cycle and how to eliminate the cycle crisis permanently.

Most people think that the business cycle, which necessarily ends in crisis, is inherent to capitalism. Karl Marx thought we would have ever-increasing crises that would help bring about his imagined communism. John Maynard Keynes believed the business cycle was a psychological problem involving animal spirits!

True “economic crises” have only occurred over the last four centuries. Most crises in the previous four thousand years were caused by things such as wars, invasions, bondage, disease, and climate change. These crises had significant economic consequences but did not come from within the economy and were not cyclical. They were singular events or long-term structural conditions.

For an economic crisis to occur, there must already be trade, money, and economic integration for a viral trigger’s effects to permeate. So, Marx was half correct because there must be an interaction of many individuals to even think in macroeconomic terms, let alone to experience and record economic crises.

Marx was wrong in thinking that the problem was intrinsic to capitalism. What he missed was the key circulating ingredient of capitalism, money. Money, and even coins, has been around for at least a few thousand years. However, the Spanish theft of gold and silver in the New World quickly monetized the European economies during a period of emerging freedom.

Despite increasing freedoms and recognition of property rights in some places, during this period, Europe was also experiencing the rise of the state, colonialism, continent-wide wars, and huge government debts and state-level taxes. This spawned government manipulations of money to pay for these invasions. The resulting inflations and currency debasements were the beginning of the boom-bust-cycle problem, including tulipomania in Holland and the first economic bubbles.

The obvious key to the cycle crisis is money, our otherwise precious and life-giving medium of exchange. Money manipulation is the salient fact of every business cycle. Historians may ruminate about speculation, animal spirits, manias, and depressions, but behind it all is the manipulation of money for political purposes. State manipulation of money and credit has now existed for so long that unbacked currency, unbacked demand deposits, and government micromanagement of money and interest rates now appear normal rather than artificial and political.

In its natural state, money is a highly marketable commodity that arose and greatly aided the development of human society. There was no inventor of money, although the view that some king or a state first created money and coinage persists to this day, despite a lack of clear logic or convincing evidence.

In monetary society, things like numbers, writing, language, coinage, and accounting all came to be or were greatly expanded. Money got better with trade; monies went from grains, animals, and salt to precious metals, such as bronze, copper, silver, and gold. Coinage greatly facilitated the use of money.

Money’s defining role as a medium of exchange circumvented the problems of barter and facilitated new functions such as providing a unit of account, a store of value, and a basis for longer-term payments, such as contracts, rents, and taxes. The emergence of money is probably the single most important development in human progress and one of the least appreciated.

Most people, even many professional economists and historians, have never even had a solid thought along these lines. In contrast, governments, counterfeiters, and eventually alchemists realized that their own position and power could be greatly enhanced if they could seize control over money. The historical record is uniformly clear that the more control states have over money, the more destructive they are and the worse off society is.

Ludwig von Mises provided the first theoretical integration of money in the market, a complete analysis of money and inflation, and the first economic theory of the business cycle. He viewed the removal of money, credit, and banking from the clutches of government as the most important reform of the economy. This would eliminate straightforward inflation of the money supply by government and prevent banks from surreptitiously issuing unbacked fiduciary media (money substitutes that are not fully backed by the base money held by the issuer) such as unbacked currency.

To understand the problem of government inflation and fractional reserve banking, you can look at history or look at the present. The government now tightly controls and regiments the system to ensure they get the biggest haul they can from our money and banking system.

The system provides the state with resources and power; helps pay off the national debt (previous and ongoing expenditures); and provides unearned profits for bankers, government contractors, and others who personally benefit from and therefore support the state.

You are told that the enormous apparatus the state has concocted to control money and banking, such as the Fed, is for your safety and economic stability. The truth is that the state grooms the entire system to provide government with economic resources and political support. This is the source of the “perpetual reoccurrence” of the cycle crisis and is why the cycle crisis is “self-generating.” New regulations designed to prevent the next crisis, such as Glass-Stegall and Dodd-Frank, are just a political sideshow.

The solution, then, is to end the Federal Reserve, restore the gold standard (precious-metal coinage); eliminate all regulations, subsidies, and bailouts for banks and depositors; and allow competition—laissez-faire. But that solution requires the population to understand the problem and to be united by an antistate ideology.

No barriers should be placed on new monies and banks, including cryptocurrencies, new transaction techniques, and new funding sources for loans. Money and banking can be like any other market, such as coal, warehousing, dental exams, shoes, and popcorn.

Such reforms can be made. In addition to ending inflation and the cycle crisis, eliminating state control of money and banking would also restrict the resources flowing to the state, stop the unnatural distribution of wealth, and prevent the most government destructive activities, including war and colonialism. To recycle a phrase, these reforms would usher in a new era of human flourishing.

State warfare and natural disasters could still cause crises of a different sort, but governments deprived of monetary power are far less likely to commit themselves, for example, to wars with other states. Likewise, a more stable and vibrant capitalism will provide the resources and infrastructure, particularly in terms of science and technology, to fend off nature’s occasional wraths, a fact that even climate change Chicken Littles admit.