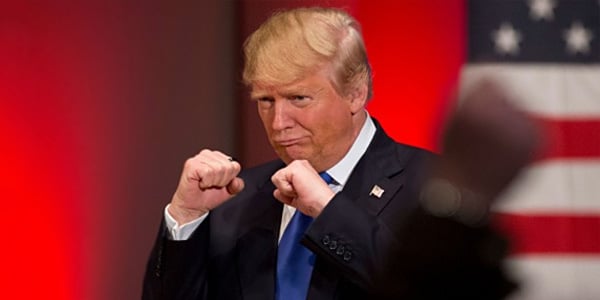 Twitter CEO Elon Musk said Saturday that former President Donald Trump will be reinstated on Twitter, following the results of a Twitter poll where a majority of voters favored his return.

“The people have spoken. Trump will be reinstated. Vox Populi, Vox Dei,” tweeted Musk, quoting a Latin phrase that means “the voice of the people is the voice of God.” He tweeted the announcement immediately after the conclusion of a poll asking the question “Reinstate former President Trump.”

Over 15 million users voted in the poll, which was active for 24 hours and ended on Saturday night, with a slim majority, 51.8%, voting in favor of Trump’s reinstatement. The decision comes nearly two years after Trump’s account, @realDonaldTrump, was permanently suspended by Twitter on Jan. 8, 2021, following the storming of the U.S. Capitol on Jan. 6, 2021, by Trump’s supporters in protest against the results of the 2020 election.

“After close review of recent Tweets from the @realDonaldTrump account and the context around them — specifically how they are being received and interpreted on and off Twitter — we have permanently suspended the account due to the risk of further incitement of violence,” wrote Twitter on Jan. 8, 2021, following tweets by Trump that he would not attend Joe Biden’s inauguration on Jan. 20 of that year. The decision to remove Trump from the platform was widely criticized by conservatives as well as some progressives and foreign leaders, including then-German Chancellor Angela Merkel, as an illicit exercise of corporate power.

Trump has repeatedly said that he will not return to Twitter following the ban and continues to post social media messages on Truth Social, a network he set up under the Trump Media and Technology Group. His contract with TMTG allegedly stipulates that he must post content on Truth Social before posting on any other social media website, according to TechCrunch.

Musk, also the CEO of Tesla and SpaceX as well as the richest man in the world, recently acquired Twitter for $44 billion. He has claimed that his acquisition was motivated by concerns regarding free speech on the platform, with conservatives having long petitioned him for Trump’s reinstatement.

During Trump’s term, his Twitter account was the focus of international attention as he used it to make official pronouncements, fire officials and criticize political opponents as well as the media. His tweets often were the basis of political controversies.

Trump’s office did not respond to a request for comment.