Pennsylvania Secretary of State Kathy Boockvar (D), who came under fire for extending deadlines for absentee voters to provide missing proof of identification – has resigned for failing to comply with an unrelated state election law. 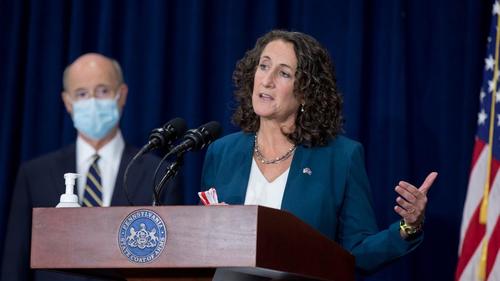 Boockvar botched a constitutional amendment which would have allowed sexual abuse victims more time to sue their alleged abusers. Pennsylvania law requires that the secretary of state’s office must publicize proposed amendments in two newspapers in each of the state’s 67 counties ahead of the election and between two separate votes, which her office failed to do.

Her last day in office will be Feb. 5.

“Because of the error, the process to amend the constitution must now start from the beginning, unless the General Assembly pursues this initiative through the bill process,” said Gov. Tom Wolf (D) in a statement.

Wolf also noted that “This change at the Department of State has nothing to do with the administration of the 2020 election, which was fair and accurate,” adding “The delay caused by this human error will be heartbreaking for thousands of survivors of childhood sexual assault, advocates and legislators, and I join the Department of State in apologizing to you. I share your anger and frustration that this happened, and I stand with you in your fight for justice.”

Boockvar made headlines in November after she usurped the power of the state legislature and unilaterally sought to accept mail-in ballots three days after the Nov. 3 election, while also extending the deadline for absentee voters to ‘cure’ their ballots by providing missing proof of identification. Both the state and the US supreme courts sided with Boockvar – with the latter after Chief Justice John Roberts joined with the liberal members of the court to block the GOP’s challenge.

GOP Sen. Josh Hawley (MO) objected to the certification of Pennsylvania’s electoral results for Joe Biden following a riot at the US Capitol by protesters who disrupted proceedings.