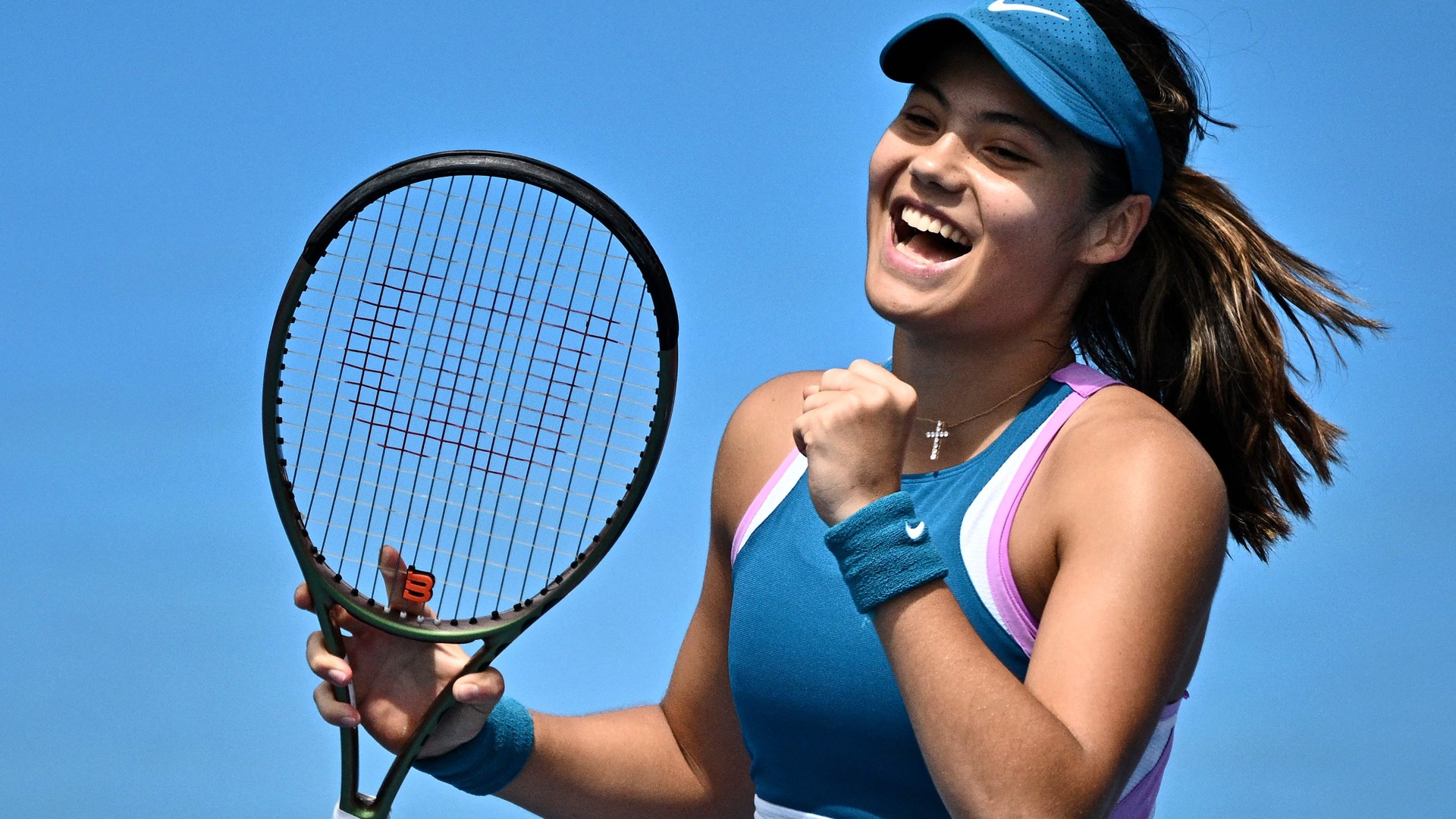 EMMA RADUCANU will face American world No.7 Coco Gauff after the pair came through their Australian Open first-round matches in straight sets.

The Brit wore tape on her left ankle – which was hurt 11 days ago in Auckland – but she showed no signs of discomfort or physical woes as she overcame Tamara Korpatsch on Melbourne Park.

Though there were few empty seats to be found, it was a turgid affair with 59 unforced errors and eight breaks of serve across the two sets.

Raducanu looked a bit tentative striking the backhand but otherwise would have been pleased with her progress on the opening day of the event.

In her corner was new coach Sebastian Sachs and the German represents the fifth different official appointment she has worked with at the Slams.

In the second set, Raducanu — who wore a rather groovy Nike outfit on court — requested an ice towel to cool her down and was seen using an air conditioning tube as the heat started to increase.

Gauff, 18, will represent a considerably tough examination of her tennis form and the strength of that foot, which left her team worried in New Zealand that she might have to pull out altogether.

Only twice in her previous six Slam appearances has Raducanu gone past the second round and she has never beaten a player of Gauff’s calibre before.

Though Gauff had difficulties closing out the contest on the Rod Laver Arena – she finally won through on her seventh match point – it was an otherwise gentle stroll in the early-afternoon Aussie sunshine.

The American won the ASB Classic last week and heads into this latest encounter as the favourite to go through.

Gauff, who lose to Iga Swiatek in the 2022 French Open final, is two years younger than the Kent pro but has vastly more experienced and playing time on the WTA circuit.

The Brit – who is slowly making a return from persistent knee problems – was playing in the draw thanks to his protected ranking status.

The 28-year-old faces a long, gradual road back to fitness and he would have been cursing his luck that he had to face such an elite performer in the opening contest.