The Lionesses are queens of the continent after Sunday’s 2-1 win over Germany.

But it’s Mead who’s leading the way to be named this year’s Sports Personality of the Year.

The Arsenal striker fired her team to victory as she claimed the tournament’s Golden Boot with six goals.

The ace was in the thick of it as the Lionesses partied hard into the small hours. 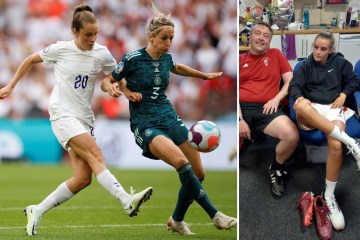 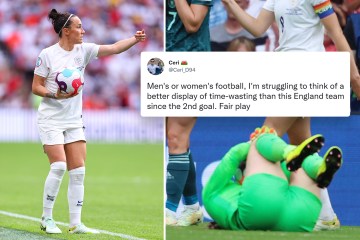 The celebrations continued on Monday as 7,000 fans joined England for another trophy lift in Trafalgar Square.

And Mead had clearly built up quite an appetite by the afternoon.

The hilarious snap was accompanied by a caption reading: “Couldn’t be more deserved could it?”

Mead certainly seemed pleased as she flashed a cheeky smile at the camera.

The contents of the bag were not revealed by either Williamson or Mead.

But judging by the heft of them, they contained a large amount of greasy grub for the Euro champs to indulge in.

She said: “We said we wanted to make our legacy about winning and that’s what we did,” Williamson said.

“The legacy of the tournament was already made before that final game – what we’ve done for women and young girls who can look up and aspire to be us.

“I think England have hosted an incredible tournament and we’ve changed the game in this country – and hopefully across Europe and across the world.”