The SCO and other pan-Eurasian organizations play a completely different – respectful, consensual – ball game. And that’s why they are catching the full attention of most of the Global South. 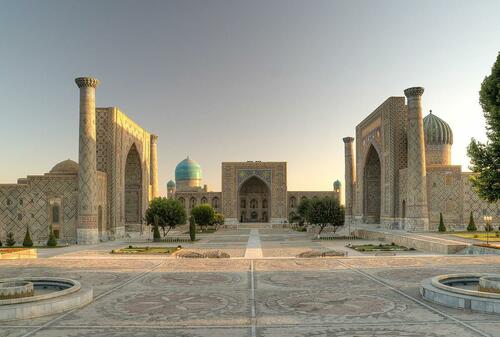 The meeting of the SCO Ministerial Council  in Tashkent this past Friday involved some very serious business. That was the key preparatory reunion previous to the SCO summit in mid-September in fabled Samarkand, where the SCO will release a much-awaited “Declaration of Samarkand”.

What happened in Tashkent was predictably unreported across the collective West and still not digested across great swathes of the East.

So once again it’s up to Russian Foreign Minister Sergei Lavrov to cut to the chase. The world’s foremost diplomat – amidst the tragic drama of the American-concocted Era of Non-Diplomacy, Threats and Sanctions – has singled out the two overlapping main themes propelling the SCO as one of the key organizations on the path towards Eurasia integration.

Yet it was in the Q@A session that Lavrov for all practical purposes detailed all the major trends in the current, incandescent state of international relations. These are the key takeaways.

How comfortable are you with the US dollar?

“We agreed that we will submit to the leaders for consideration proposals on specific actions to switch to settlements in national currencies. I think that everyone will now think about it. Africa already has a similar experience: common currencies in some sub-regional structures, which, nevertheless, by and large, are pegged to Western ones. From 2023, a continental free trade zone will start functioning on the African continent. A logical step would be to reinforce it with currency agreements.”

Belarus – and many others – eager to join the SCO:

“There is a broad consensus on the Belarusian candidacy (…) I felt it today. There are a number of contenders for the status of observer, dialogue partner. Some Arab countries show such interest, as do Armenia, Azerbaijan and a number of Asian states.”

“In regard to the issue of Russian grain, it was the American sanctions that did not allow the full implementation of the signed contracts due to the restrictions imposed: Russian ships are prohibited from entering a number of ports, there is a ban on foreign ships entering Russian ports to pick up export cargo, and insurance rates have gone up (…) Financial chains are also interrupted by illegitimate US and EU sanctions. In particular, Rosselkhozbank, through which all the main settlements for food exports pass, was one of the first to be included in the sanctions list. UN Secretary General A. Guterres has committed to removing these barriers to addressing the global food crisis. Let’s see.”

“We do not discuss this with our Chinese colleague. Russia’s position on having only one China remains unchanged. The United States periodically confirms the same line in words, but in practice their ‘deeds’ do not always coincide with words. We have no problem upholding the principle of Chinese sovereignty.”

Should the SCO abandon the US dollar?

“Each SCO country must decide for itself how comfortable it feels to rely on the dollar, taking into account the absolute unreliability of this currency for possible abuses. The Americans have used this more than once in relation to a number of states.”

Why the SCO matters:

“There are no leaders and followers in the SCO. There are no situations in the organization like in NATO, when the US and its closest allies impose one line or another on all other members of the alliance. In the Shanghai Cooperation Organization, the situation that we are currently seeing in the EU does not arise: sovereign countries are literally being ‘knocked out’, demanding that they either stop buying gas or reduce its consumption in violation of national plans and interests.”

Lavrov was also keen to stress how “other structures in the Eurasian space, for example, the EAEU and BRICS, are based and operate on the same principles” of the SCO. And he referred to the crucial cooperation with the 10 member-nations of ASEAN.

Thus he set the stage for the clincher:

“All these processes, in interconnection, help to form the Greater Eurasian Partnership, which President Vladimir Putin has repeatedly spoken about. We see in them a benefit for the entire population of the Eurasian continent.”

Those Afghan and Arab lives

The real big story of the Raging Twenties  is how the special military operation (SMO) in Ukraine de facto kick-started “all these processes”, as Lavrov mentioned, simultaneously leading towards inexorable Eurasia integration.

Once again he had to recall two basic facts that continue to escape any serious analysis across the collective West:

Fact 1: “All our proposals for their removal [referring to NATO-expansion assets] on the basis of the principle of mutual respect for security interests were ignored by the US, the EU, and NATO.”

Fact 2: “When the Russian language was banned in Ukraine, and the Ukrainian government promoted neo-Nazi theories and practices, the West did not oppose, but, on the contrary, encouraged the actions of the Kyiv regime and admired Ukraine as a ‘stronghold of democracy.’ Western countries supplied the Kyiv regime with weapons and planned the construction of naval bases on Ukrainian territory. All these actions were openly aimed at containing the Russian Federation. We have been warning for 10 years that this is unacceptable.”

It’s also fitting that Lavrov would once again put Afghanistan, Iraq and Libya in context: “Let us recall the example of Afghanistan, when even wedding ceremonies were subjected to air strikes, or Iraq and Libya, where statehood was completely destroyed, and many human lives were sacrificed. When states that easily pursued such a policy are now making a fuss about Ukraine, I can conclude that the lives of Afghans and Arabs mean nothing to Western governments. It’s unfortunate. Double standards, these racist and colonial instincts must be eliminated.”

Putin, Lavrov, Patrushev, Madvedev have all been stressing lately the racist, neocolonial character of the NATOstan matrix. The SCO and other pan-Eurasian organizations play a completely different – respectful, consensual – ball game. And that’s why they are catching the full attention of most of the Global South. Next stop: Samarkand.