Evergrande Auto Hasn’t Sold A Single Car, But Has Enriched Its Founder And His Friends Plenty

While everyone has been focusing on Evergrande as a property developer, few know the story about how Evergrande Auto became worth $86.6 billion at one point without selling a single car. The company now trades at a fraction, about 4%, of its all time high. While shareholders were wiped out for the most part, insiders made out well.

On Tuesday of this week, the company did what it does best. No, not make vehicles: pay insiders. Evergrande Auto “granted 323.72 million share options worth HK$1.26 billion to three directors and around 3,180 employees of the company,” a new report from Caixin notes.

Founder Hui Ka Yan and “friends” in his circle have made out the best from the fallen company. How well have they done? One “friend” of the founder bought 80 million shares in the company before it was renamed as Evergrande Auto for HK$0.30 each. They then sold them all for HK$50 per share, netting the friend more than HK$4 billion.

Hey, it’s great work if you can get it.

Caixin reports that the primary purpose of Evergrande Auto was to raise capital for the group company Evergrande. While the parent company claimed it was investing some 47 billion yuan into the auto company, analysts are starting to wonder if the market funded these investments instead.

One analyst told Caixin: “Evergrande Auto had raised 30 billion yuan in two rounds, which means that the company mostly used investors’ money — instead of its own capital — to invest, and it managed to gain a high market value (for the auto company). Consequently, with its shares (in the auto company) at high price, it could use them as collateral to raise even more money.”

The company focused more on M&A than it did on making cars, the report says. For example, it bought a major stake in Xinjiang Guanghui Industry Investment Group Co. Ltd. for 14.5 billion yuan in 2018. As Caixin notes, that company is a stakeholder in China Grand Automotive Services Group Co. Ltd., which is one of the largest auto dealers in the country. 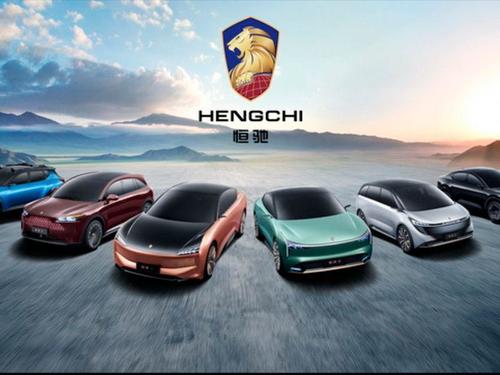 The stake was later sold off in 2019 when Evergrande needed cash.

Part of the mechanics that helped Evergrande Auto’s predecessor rocket higher included the fact that 18 shareholders owned 19.83% of the company’s shares. When combined with the 74.99% of the issued shares held by the company, that only left 5.18% of Evergrande shares to be traded freely.

Evergrande also acquired a 51% equity stake in Fangchebao Group Co. Ltd. using its shares. Fangchebao then brought in 17 investors in March 2021 that helped it raise capital at a valuation of HK$163.5 billion. Evergrande made HK$8.175 billion upon selling its shares.

Analysts, however, were baffled as to how Evergrande was able to bring in investors at the elevated valuation. The secret lied in a promise of a buyback from Evergrande.

One investor told Caixin: “What we valued was its valuation adjustment mechanism (对赌协议). If Fangchebao failed to go public within a year, Evergrande would buy back our shares at a 15% premium to the prevailing market price. At least, through this mechanism, we could get out money back.”

Those investors thought Evergrande could continue to push up Fangchebao’s valuation and that Evergrande wouldn’t fail within a year.

Another investor said: “However, Fangchebao was a relatively poor quality company, much worse than Evergrande Property Services. In Fangchebao’s case, it was better not to go public. It would be more troublesome after the listing because its poor performance would become public knowledge.”

Then there’s the question of who truly benefitted from Evergrande’s financial wheeling and dealing over the years. While investors and shareholders now suffer the consequences of the company’s poor decision making, Hui Ka Yan’s personal assets are now mysteriously being “transferred to new ownership”, the report says. In fact, Hui was easily the single biggest beneficiary of the dividends paid by Evergrande from 2011 to 2020. 53 billion yuan of the 69 billion yuan that Evergrande has paid in dividends since it listed have gone to Hui.