The college experience for students of diverse backgrounds has come under the microscope in recent years, with data on the topic often being more anecdotal than empirical. So how do gender and sexual minority students really fare at Christian colleges and universities? This question is being directly raised in a legal challenge to the religious exemption to Title IX’s provisions forbidding colleges to discriminate on the basis of sex. The Religious Exemption Accountability Project (REAP), an advocacy group for LGBTQ+ students, has filed a suit against the Department of Education in which it claims that the exemption is unconstitutional and harmful to LGBTQ+ students.

As professors at Christian institutions, we are very concerned that at all colleges and universities, whether they be public or religious schools, LGBTQ+ students are being inadequately served and supported. We all have a lot to learn in better caring for our LGBTQ+ students, and the Christian college community continues to study how best to do this. The evidence shows, however, that LGBTQ+ students actually face similar challenges at secular institutions, and that to single out religious colleges for criticism is itself unfair and discriminatory.

The Plaintiffs, a group of 33 students from 25 different Christian colleges and universities, allege that LGBTQ+ students at such colleges “experience abuses and unsafe conditions” and report “higher rates of harassment, bullying, depression, anxiety, eating disorders, alcohol abuse and sexual and physical violence than their heterosexual and cisgender peers.”

Plaintiffs support for these claims is a non-peer reviewed survey commissioned by REAP, their sponsoring organization. REAP partnered with College Pulse, a non-academic, commercial survey business run by students or recent graduates of Dartmouth University. The REAP report does not reveal who actually designed the survey, and whether any counseling professionals were involved.

But even if taken at face value, many of the study’s findings undermine and refute the claims asserted in the lawsuit. REAP’s numbers, when compared with studies carried out by researchers at major academic institutions, show that LGBTQ+ students face very similar challenges at secular and religious universities. Indeed, in some important categories, LGBTQ+ persons at religious colleges seem to do better than they do at secular universities.

These conclusions are revealed in seven national studies of primarily public college campuses, conducted in 2016 and 2017, which were analyzed in the aggregate by researchers at Rutgers University, in collaboration with those at Indiana University, University of Minnesota, and UCLA. A comparison of these two reports shows that LGBTQ+ students generally do measurably worse than their heterosexual/cis-gender peers at both religious and secular/public colleges, but often fare better at religious colleges.

There can be no absolute comparisons across the REAP report and the Rutgers study, as the research questions are not identical. But there are questions that are similar enough to allow some meaningful comparisons. For instance, the REAP report highlights the fact that “four in ten sexual or gender minority students” are “uncomfortable with their sexual identity on campus” at religious colleges. But the Rutgers report indicates that five in ten queer-spectrum students and seven in ten trans-spectrum students do not feel “respected” on their secular, public campuses.

Similarly, REAP asserts that about 64% of “sexual minority students” reported isolation and loneliness at their religious colleges, about 18% more than “straight” students on the same campuses. But the Rutgers study reveals that just over 79% of queer-spectrum students on public campuses report feeling very lonely in the past year, which is 20% more than their straight peers on their own campuses, and 15% more than their sexual minority peers on religious campuses.

On serious questions of personal security, such as physical and sexual assault, sexual minority students were considerably more likely to suffer such affronts on secular/public campuses than on religious campuses. Sexual minority students were more than three times as likely to be physically assaulted (3% versus 1%) or sexually assaulted (16.6% versus 5%) on secular versus religious campuses.

Although the Christian college community should work to alleviate challenges presented to LGBTQ+ students, it is unfair and unhelpful, in light of the above statistics, to single out and accuse religious colleges of being the primary contributors to the challenges faced by LGBTQ+ students. The reality is that both religious and secular campuses are struggling to adequately support their LGBTQ+ communities. We know that the Council of Christian Colleges & Universities has long supported initiatives to better understand and support LGBTQ+ students on Christian campuses. There is reason to believe that at least some religious campuses are providing a more welcoming environment than their secular counterparts. To single out religious campuses for special criticism is itself unfair and discriminatory, the very kind of religious discrimination that both Title IX and our Constitution were designed to protect against.

Gene Schaerr is a lawyer who teaches at Brigham Young University Law School in Provo, Utah.

Nicholas Miller is a lawyer and professor at Andrews University in Berrien Springs, Michigan.

The post Evidence shows LGBT students might be better off at Christian colleges appeared first on WND. 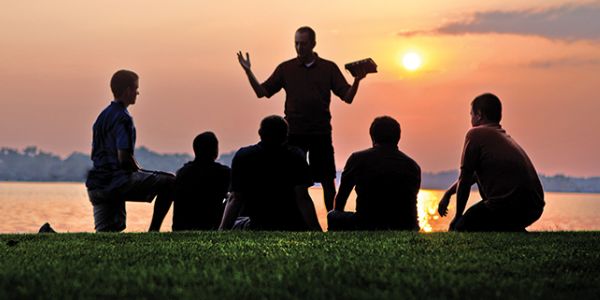