In the same way, a self-driving car sees its surroundings on city streets, sensors that use machine learning technology allow farm robots to navigate fields. Automation is a growing presence in the farm industry, and a new generation of autonomous robots is helping farmers shape tomorrow’s crops.

Crops that can be harvested with barely any or no herbicides would be beneficial not just to humans but also to the environment. An oddly-shaped autonomous farm tractor can eliminate the need for toxic herbicides by using high-powered lasers to weed about 20 acres per day to solve this dilemma. 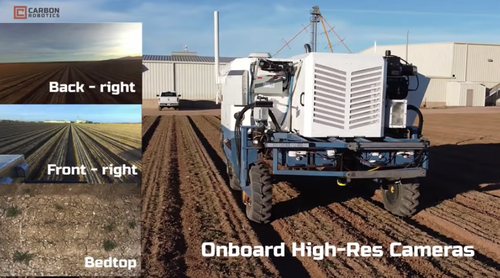 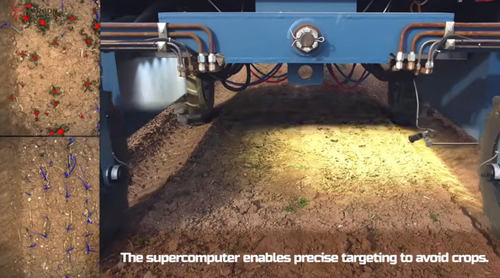 “Traditional chemicals used by farmers, such as herbicides, deteriorate soil health and are tied to health problems in humans and other mammals. A laser-powered, autonomous weed management solution reduces or eliminates farmers’ needs for herbicides,” Carbon Robotics’ website said. 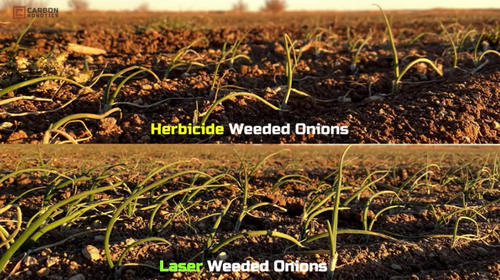 “AI and deep learning technology are creating efficiencies across a variety of industries, and we’re excited to apply it to agriculture,” said Carbon Robotics CEO and Founder Paul Mikesell.

Mikesell continued: “Farmers, and others in the global food supply chain, are innovating now more than ever to keep the world fed. Our goal at Carbon Robotics is to create tools that address their most challenging problems, including weed management and elimination.”

Here’s a demo video of the farm robot zapping weeds in a field.