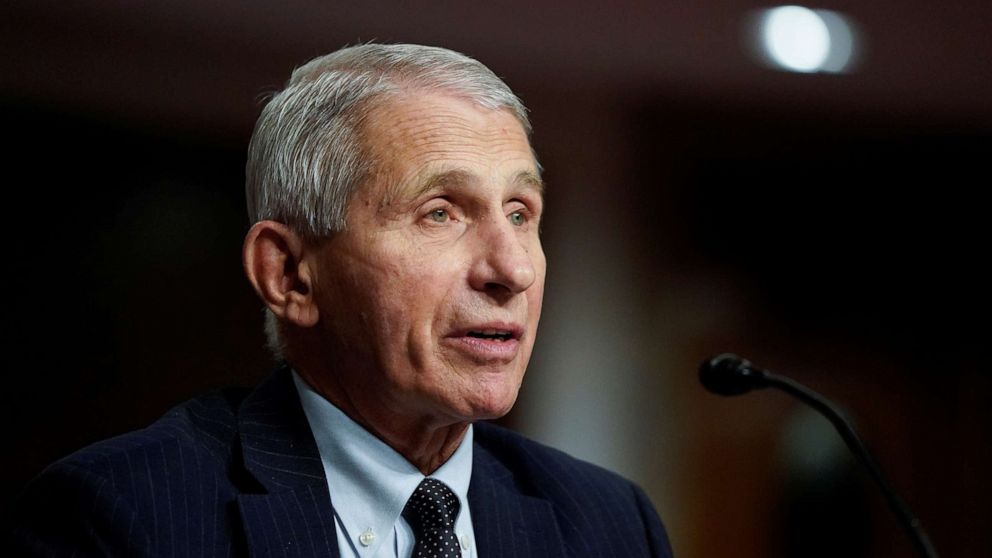 While the new omicron variant of the COVID-19 virus has not yet been detected in the United States, it will “inevitably” arrive, Dr. Anthony Fauci said Sunday.

“We all know when you have a virus that has already gone to multiple countries, inevitably it will be here,” Fauci told ABC’s “This Week” anchor George Stephanopoulos. “The question is, will we be prepared for it?”

The omicron variant, named after the 15th letter of the Greek alphabet, was first detected last week in Botswana, officials said. Since then, cases of the new variant have been found in South Africa, Germany, Belgium and Hong Kong.

Pressed by Stephanopoulos on whether the omicron variant is as or more transmissible than the delta variant and other mutations that have swept the globe, Fauci, director of the National Institute of Allergy and Infectious Diseases and the White House’s point man on the pandemic, said, “It appears to be.”

“It has a bunch of mutations,” Fauci said, including “a disturbingly large number of mutations in the spike protein, which is the business end of the virus.”

Fauci’s comments came one day before the United States plans to impose a travel ban on most travelers from eight southern African countries.

The White House chief medical adviser said early signs “strongly suggest” that the variant may be more transmissible and might evade protections from monoclonal antibodies and “perhaps even antibodies that are induced by vaccine.”

In South Africa, cases of new COVID-19 infections have been heavily weighted toward the omicron variant, Fauci said, so, “you have to presume that it has a good degree of transmissibility advantage.”

“So, you’ve got to take that into the equation when you’re trying to figure out where this virus is really going and what its impact is going to be,” Fauci said.

He said U.S. scientists spoke to their counterparts in South Africa on Friday and plan to meet with them again later Sunday “to try and find out if the cases they have identified that clearly are caused by this variant, what is the level of severity in that.”

“Hopefully, it will be light,” Fauci said.

Stephanopoulos also pressed Fauci on how susceptible vaccinated people are to the new variant, asking what is known about how resistant omicron is to the currently available vaccines.

Fauci said studies and experiments are already underway to figure out how strong the vaccines are against omicron and estimated it will take about two weeks before scientists get the answers.

“The way you find that out is you get the virus and you put it either as a whole virus or as what we call a pseudovirus, and you take antibodies or serum from people who have been vaccinated, and you determine if those antibodies can neutralize the virus,” Fauci said.

The chief medical adviser said the best way for Americans to prepare for the omicron variant is to be vaccinated, to get a booster shot as soon as they are eligible, and to keep adhering to other protective recommendations such as wearing masks and practicing social distancing.

“We are on the lookout for this. The CDC has a good surveillance system,” Fauci said. “So, if and when — and it is going to be when — it comes here, hopefully, we will be ready for it by enhancing our capabilities via the vaccine, masking, all the things that we do and should be doing.”