During an appearance on CNN, FDA chief Dr. Robert Califf asserted that the leading cause of death in the United States is online “misinformation.” 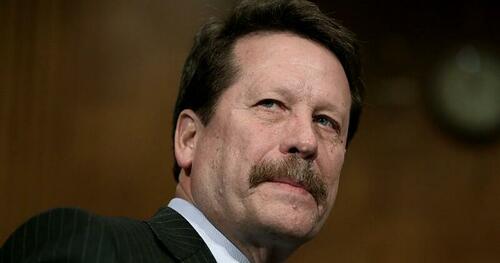 Califf spoke about his remarks during an interview with CNN’s Pamela Brown, which were originally made at a health conference in Texas last month when he said online misinformation was “now our leading cause of death.”

After admitting that there was “no way to quantify this,” before mentioning heart disease and cancer (actual killers), Califf went on to bolster the claim anyway.

Claiming that there has been “an erosion of life expectancy,” Califf went on to say that Americans were living an average of 5 years shorter than people in other high income countries.

Califf said that anti-virals and vaccinations meant “almost no one in this country should be dying from COVID,” before going on to explain that there was also a “reduction in life expectancy from common diseases like heart disease.”

“But somehow … the reliable, truthful messages are not getting across,” he said, adding, “And it’s being washed down by a lot of misinformation, which is leading people to make bad choices that are unfortunate for their health.”

In an exclusive interview with CNN’s Pamela Brown, FDA chief Dr. Robert Califf explains why he says the leading cause of death in the US is misinformation. https://t.co/rrsKLlLIxf pic.twitter.com/hQ0uSXa1zz

The FDA chief did not explain how ‘online misinformation’ was causing more deaths from heart disease, but went ahead and made the claim anyway without being challenged by the host. 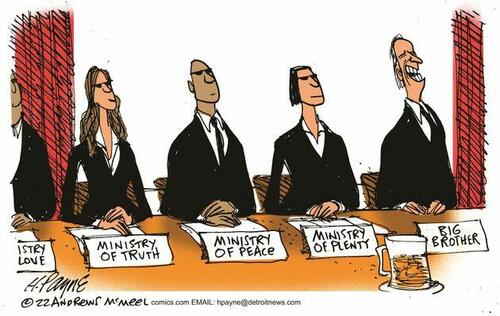 As we have exhaustively highlighted, “online misinformation” is indistinguishable from information the regime doesn’t like.

As we previously noted, the woman picked to head up the Department of Homeland Security’s ‘Ministry of Truth’ said free speech makes her “shudder” while also promoting the lie that the Hunter Biden laptop story was Russian disinformation.

Nina Jankowicz also ludicrously cited Christopher Steele as an expert on disinformation. Steele was the author of the infamous Clinton campaign-funded Trump ‘peegate’ dossier’ that turned out to be an actual product of disinformation.

The contrived moral panic over “misinformation” has become more pronounced following Elon Musk’s purchase of Twitter, with CNN guests recently complaining about how it might impact their monopoly on controlling “the channels of communications.”