The Fed’s first-ever foray into directly bailing out the corporate bond market will apparently come to a final close in the next few months (they hope). 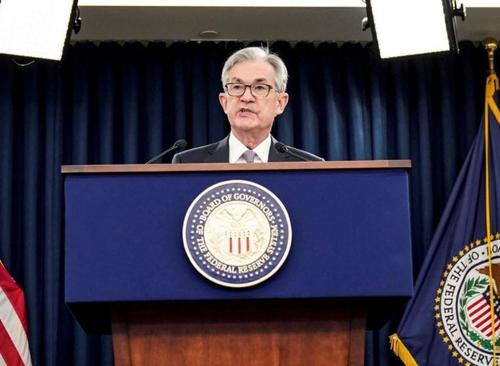 The vehicle, known as the Secondary Market Corporate Credit Facility, or SMCCF, holds about $13.7 billion in already-outstanding corporate bonds.

$5.21 billion of bonds from individual companies including Whirlpool, Walmart, and Visa (as of April 30, 2021, 45 bonds matured, 112 had been redeemed early, and 1,204 bonds remain outstanding in the SMCCF).

Approximately half of the bonds in the SMCCF will mature by the end of 2023. As seen in the chart below, while most bonds will mature in 2025, bond maturities are spread out fairly evenly among the five years that bonds are due. 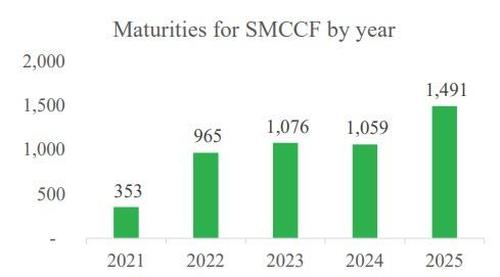 In addition, it held $8.56 billion of exchange-traded funds that hold corporate debt, such as the Vanguard Short-Term Corporate Bond ETF.

Across the ETFs and individual bonds, AT&T, Verizon, and Toyota had the biggest positions… 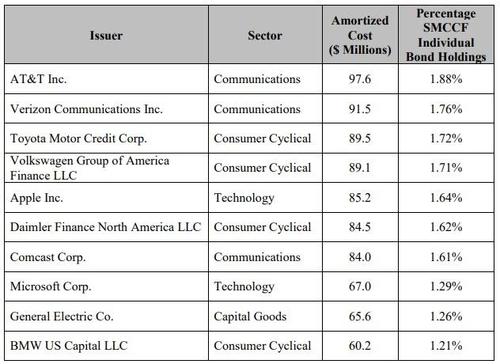 The NY Times reports that a Fed official said the central bank expects to complete by the end of the year.

The Federal Reserve Board on Wednesday announced plans to begin winding down the portfolio of the Secondary Market Corporate Credit Facility (SMCCF), a temporary emergency lending facility that closed on December 31st, 2020. The SMCCF proved vital in restoring market functioning last year, supporting the availability of credit for large employers, and bolstering employment through the COVID-19 pandemic.

SMCCF portfolio sales will be gradual and orderly, and will aim to minimize the potential for any adverse impact on market functioning by taking into account daily liquidity and trading conditions for exchange traded funds and corporate bonds. The Federal Reserve Bank of New York, which manages the operations of the SMCCF, will announce additional details soon and before sales begin.

The SMCCF was established with the approval of the Treasury Secretary and equity provided by the Treasury Department under the CARES Act.

W ehave one simple question – what happens when they start to sell and spreads blow out amid zero liquidity?