Feds: No Plea Deal Ahead Of Ghislaine Maxwell Trial

Update (1557ET): Federal prosecutors say they aren’t offering Ghislaine Maxwell a plea deal ahead of her sex-trafficking trial slated to begin next week. 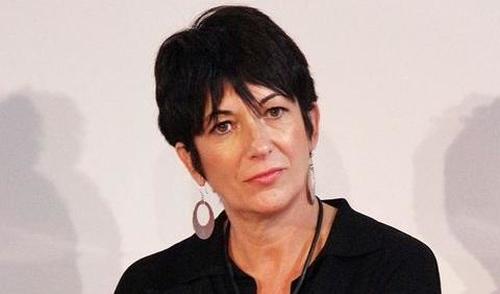 According to the NY Post, Judge Alison Nathan asked prosecutors as well as Maxwell’s attorneys whether a plea deal had been offered, to which Assistant US Attorney Maurene Comey – the daughter of former FBI chief James Comey – replied “None were communicated.”

Maxwell was in the courtroom Tuesday, exchanging greetings with her team of lawyers and occasionally sipping from a disposable coffee cup as her legal team hashed out trial logistics with the group of four prosecutors.

Among the issues raised was that Maxwell’s attorneys have subpoenaed a lawyer who represents a victim in the case, identified in the indictment against Maxwell as “Minor Victim-4.” -NY Post

Maxwell’s attorneys, meanwhile, have been ordered to submit briefs over the potential witness, who she allegedly met when the victim was 14-years-old.

Jeffrey Epstein’s highest-profile accuser, who says the convicted pedophile peddled him to Prince Andrew, will not be included in the trial of longtime Epstein companion and accused accomplice Ghislaine Maxwell, according to AP News. 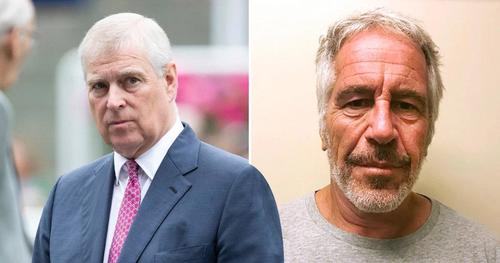 U.S. prosecutors chose not to bring charges in connection with Virginia Giuffre, who says Epstein and Maxwell flew her around the world when she was 17 and 18 for sexual encounters with billionaires, politicians, royals and heads of state.

She isn’t expected to be called as a witness in Maxwell’s trial, either. -AP

Instead, prosecutors will focus on four other women who say Maxwell recruited them as teenagers for Epstein and his associates to sexually abuse – however none of them have alleged the type of abuse by high-profile international figures that Guiffre has.

In other words, the one witness who can connect the dots between Epstein, the Clintons, Prince Andrew and others won’t be making an appearance. But is there a good reason?

According to the report, prosecutors may have chosen to exclude Giuffre because she has changed her statements multiple times over the years, including falsely stating that she was 15 when Epstein began to abuse her, when she was in fact 17. AP suggests that prosecutors may have wanted to avoid Maxwell calling Giuffre’s alleged abusers to testify, as they have spent years attacking her credibility.

All have said her accounts are fabricated. -AP

“There is no reason to give the defense anything to work with that can sow the seeds of reasonable doubt,” said former federal prosecutor David Weinstein, who is not involved in the case.

Giuffre has stood by her allegations, and has “repeatedly shown a willingness to go into civil court to prove them, sitting in depositions and assembling a legal team that includes one of America’s most influential lawyers, David Boies,” per AP.

What’s more, Giuffre’s account of spending time with Andrew was corroborated by another Epstein accuser, Johanna Sjoberg, who described an evening socializing with Maxwell, Giuffre, Epstein and Prince Andrew – who allegedly groped her breast while they posed for a photo with a puppet made of him for a television show.

In 2019, she told Dateline NBC that inconsistencies in her recollection were innocent mistakes while trying to remember traumatic events which happened years ago.

Epstein’s sexual habits were exposed in 2005 when he was arrested in Florida for paying a 14-year-old girl for sex.

Police identified underage girls who were paid to perform sex acts, but in 2008 the investigation was cut short. Prosecutors allowed Epstein to plead guilty to a charge of procuring a person under 18 for prostitution. He served 13 months in jail.

Dozens of women sued Epstein, but Giuffre’s 2009 lawsuit was different. In it, she said Epstein pressured her into having sex with numerous men “including royalty, politicians, academicians, businessmen and/or professional and personal acquaintances.” -AP

Giuffre also joined a 2014 lawsuit brought by other Epstein accusers – and began identifying alleged abusers who she had previously accused anonymously. It was also the first time she accused Prince Andrew – saying she had sex with him three times, in London during her 2001 trip, at Epstein’s New York mansion when she was 17 and in the Virgin Islands when she was 18.

She accused Maxwell of facilitating the encounters as a “madam.”